Marking the artist Zak Ové’s first solo exhibition in Los Angeles. Ové (b. 1966) is a British visual artist of Trinidadian descent who works in sculpture, film, and photography.

His 40-piece sculptural installation The Invisible Man and the Masque of Blackness features a group of identical, 6 1/2-foot-tall reproductions of an African figure that the artist received as a gift from his father in his early childhood. Ové’s figures, fabricated from resin and graphite, hold their hands up at shoulder level in an act of quiet strength and resilience, and are spaced evenly in rows to ironically recall the formation of either a group soldiers or political dissidents.The exhibition title references two milestones in black history: Ben Jonson’s 1605 play The Masque of Blackness, the first stage production to utilize blackface makeup, and Ralph Ellison’s 1952 novel Invisible Man, the first novel by an African American to win the National Book Award. 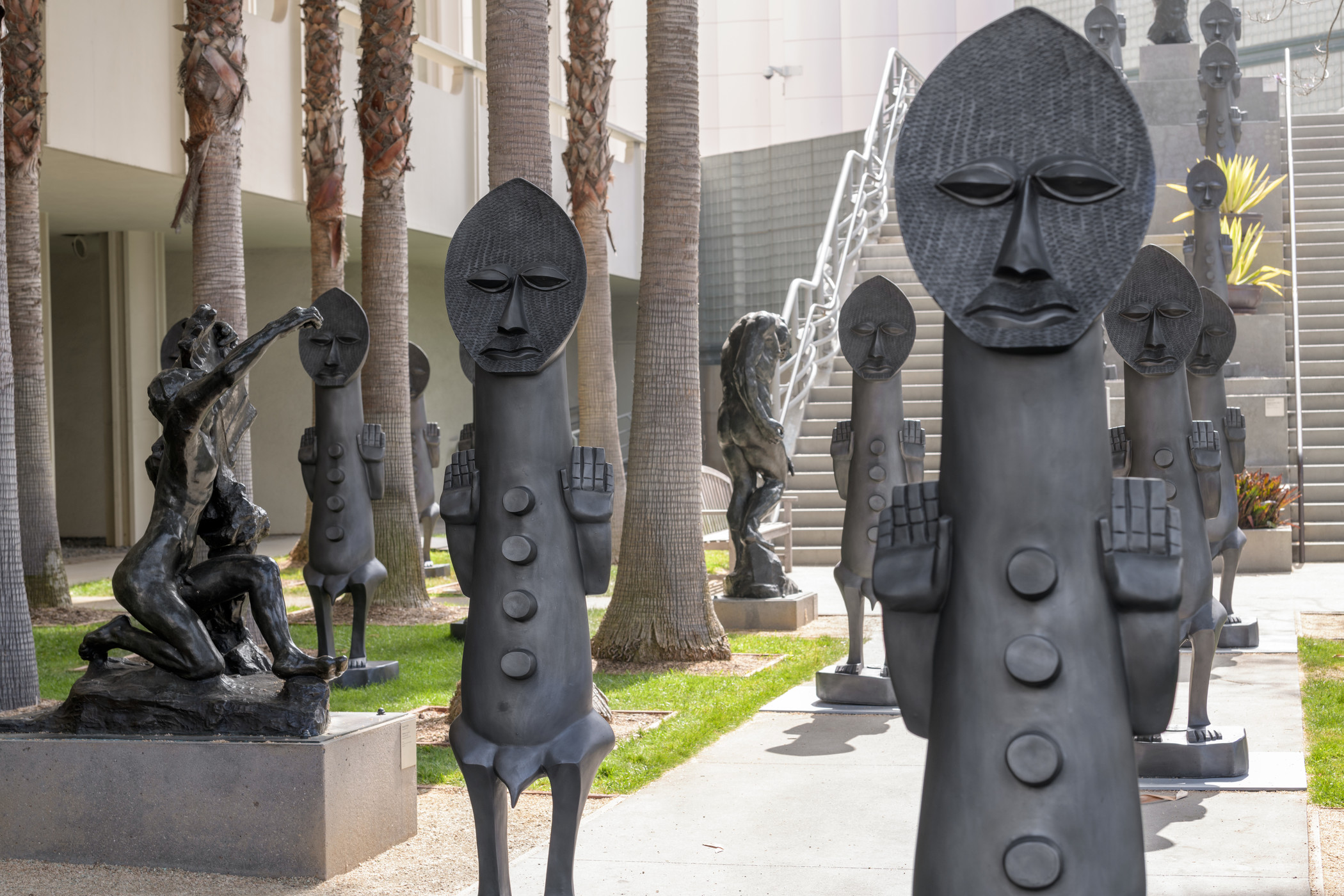 In addition to literary references, the artist draws inspiration from Caribbean Carnival, a festival that originated in the Mardi Gras celebrations of the region’s French colonists, and Canboulay, a parallel celebration in which enslaved people expressed themselves through music and costume and paid homage to their African traditions. Overall, the sculpture encapsulates the complex history of racial objectification and the evolution of black subjectivity. 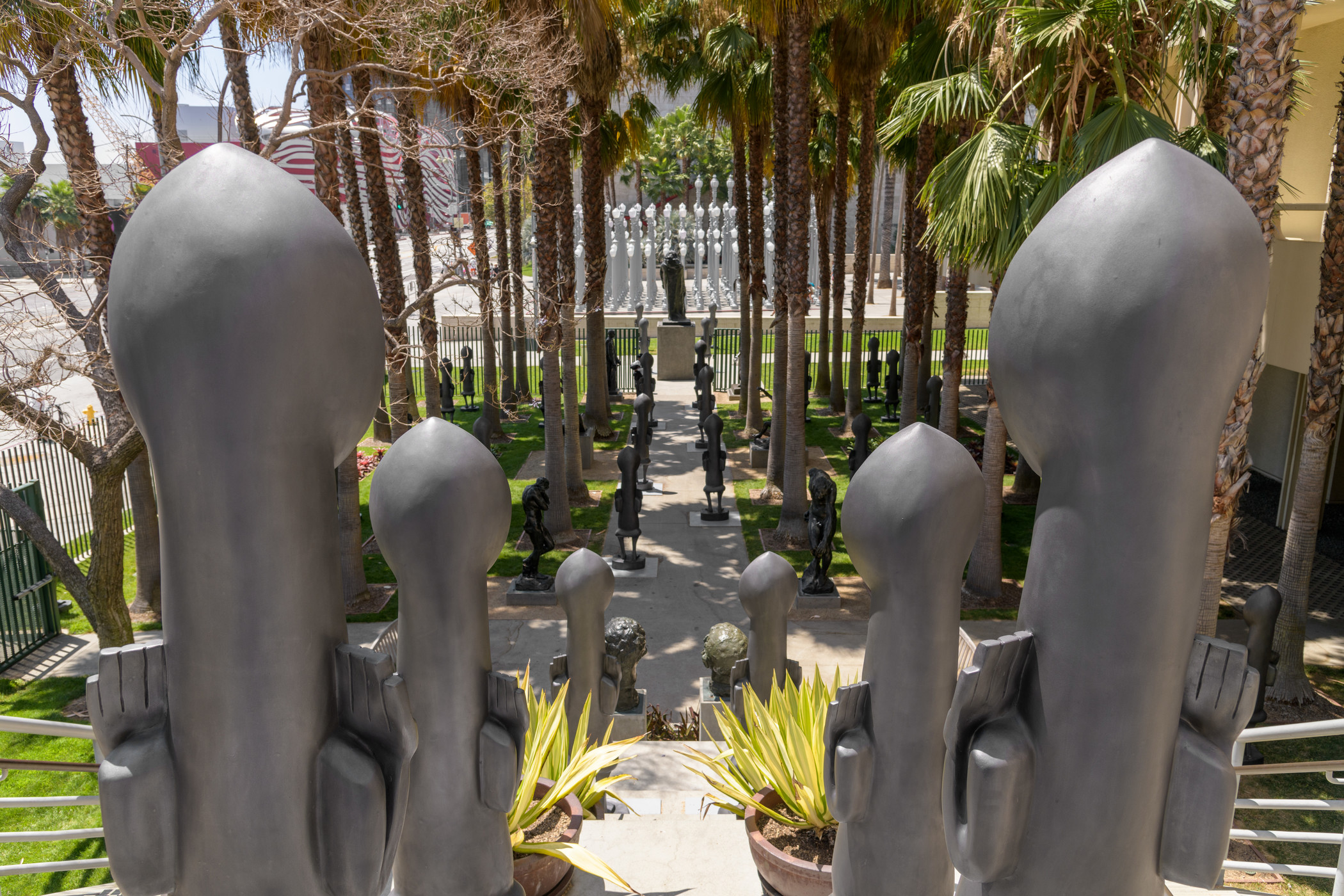 LACMA’s presentation will be the first time The Invisible Man and the Masque of
Blackness is installed at an encyclopedic institution. On view in the museum’s B.
Gerald Cantor Sculpture Garden, Ové’s figures will be brought together in
conversation with 12 works by the French sculptor Auguste Rodin (1840–1917),
which have been on display in the garden since 2009.

The Invisible Man and the Masque of Blackness is curated by Jennifer Cernada,
Curatorial Assistant, Contemporary Art at LACMA. Prior to the presentation at
LACMA, the work was on view at Civic Center Plaza in San Francisco (June–
November 2018).