New photobook to add to your lockdown reading list – AFRICAN COSMOLOGIES: PHOTOGRAPHY, TIME AND THE OTHER

Patrick Vernon OBE is a social commentator and political activist and was the leading campaigner for a national Windrush Day (22 June) for the last 10 years. He played a key role campaigning for the Windrush Generation, helping to expose the scandal with over 180,000 people signing his petition for an amnesty for the children of the Windrush Generation in 2018. He also launched the Windrush Justice Fund with JCWI to support grass roots and community organisations help victims resolve their legal status and claim government compensation scheme. Recently he took in a new Podcast called Generation Windrush.

As an ex- Labour Councillor how do you welcome the new Labour leader  Keir?

The party selected him by a clear majority so that Keir would be the right person to lead this party. I have meet him on several occasions over the years and was involved in the recent covid-19 meeting that he organised regarding the deaths in BAME communities. I do welcome his appointment and hope he resolves the issue around greater representation for black men in the party as MPs and Peers. 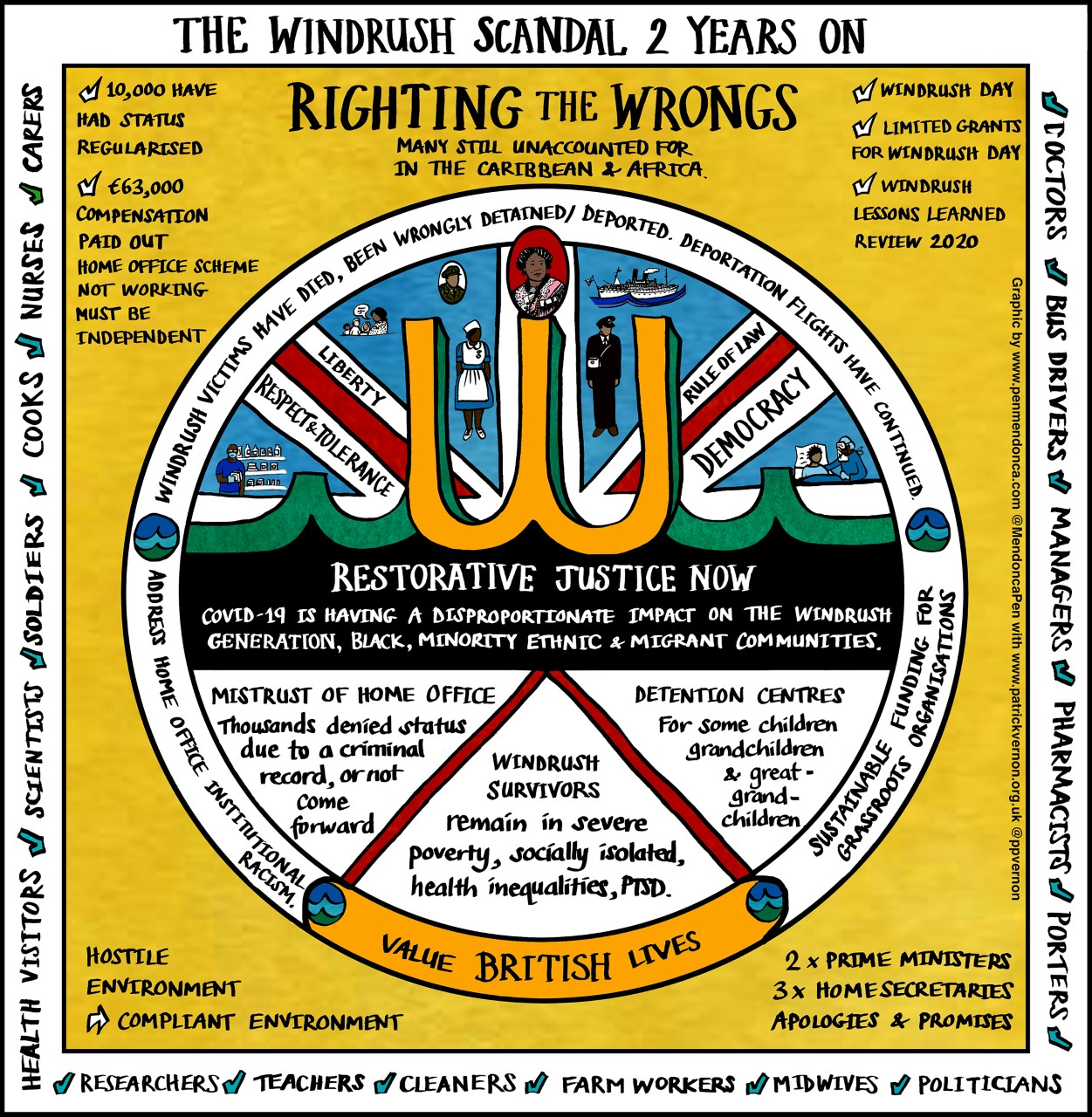 Tell us about the work you do highlighting the plight of those dehumanised by Windrush scandal?

I did several things which help to raise the awareness:

Tell us about your contribution to Generation Windrush podcast?

I was interviewed on the two-part series to provide historical context to Windrush Generation and my involvement in the Windrush Scandal as a campaigner and activists plus the role of Windrush Day. However, I have done a series of 11 podcasts with my co host Sinai Fleary looking at the Windrush Scandal during 2019 on Colourful Radio called Voices of Windrush.

What was the most profound thing for you regarding the scandal?

There were so many profound issues regarding the scandal but ultimately it was the 5 people who died in the UK connected with the scandal. I helped to fundraise for the funeral costs of Dexter Bristol and Sarah O’ Connor I got to know the families and to see their loved one to die without justice which is still an indictment on this government.

The Windrush Report has been published amidst this pandemic what are some of the findings of the report that you think the public need to know?

Although Wendy Williams did conclude that the Home Office was not ‘Institutionally racist” however her 30 recommendations points towards a culture of how staff and Windrush Generation were discriminated and that the Home Office failed to comply with the Public Sector Equality Duty. The report and recommendations are quite damning which led to Priti Patel the Home Secretary to make a public apology when the report was launched in Parliament during the week of the lockdown. I had the opportunity to interview Wendy Williams on Colourful Radio to discuss the recommendations.

What do you want to happen now that it is published?

I think Parliament needs to a full debate on the report findings and recommendations. I think we need to establish an independent advisory group to oversee the full recommendations of the report. I launched a petition when the report was launched on 38 Degrees which 62,000 people have signed demanding that the recommendation is implemented.

Prior to the report how much progress had been made to remedy those affected?

This is my assessment below over the last two years as we approach 2nd anniversary of the Windrush Scandal:

You started a petition for the NEC to be renamed after Mary Seacole tell us a bit about that?

COVID-19 is now having a major impact on the Windrush Generation and migrant communities who are on the front and key workers in the NHS, social care, transport, public services and retail. However, the national narrative around NHS still revolves around Florence Nightingale without acknowledging the BAME contribution to the sector. Over 15,000 people sign the petition and there was a lot of media coverage for the second emergency hospital to be named after Mary Seacole who also served during the Crimean War  and  despite the number of deaths of BAME staff working for the NHS Matt Hancock ignored this simple key demand.

How is the Lockdown affecting your business or what you do the last time I saw you it was at the BCA Windrush surgeries?

Like most people we are still campaigning online and having meetings around Windrush and now Covid-19. I am lucky that I have roles such as work for Centre for Ageing Better and being a consultant and leadership trainer that I can work online with a variety of conference facilitates.

Do you think Black businesses will get the worse deal in the current climate?

Black businesses will lose out as the loan schemes and furlough packages is not flexible to meet their needs.

Is the Windrush story a story that has affected your family?

Yes, my parents are part of the Windrush Generation they came to Britain in the 1950s from Jamaica. I have worked on numerous oral history projects over the years plus campaigning for a national Windrush over the last decade.

It is emerging that black men are disportionately dying from Covid-19 why do you think that is?

We need to have an independent public inquiry to find the answers around covid deaths. That is why I am working with Ubele on their campaign. It would be great for people to sign the petition.

On a personal level I lost my brother in law to covid, so my family are still coming to with his death and that is why I have launched the Majonzi Fund to support families around commemorating loved one’s life and bereavement counselling. To donate to the fund, click here.

Support ALT: As an  independent platform that creates stories around diversity please support us  for as little as a  £5 DONATION you can help us to remain an independent voice.