Born in Lewisham of Jamaican parents, his mother was a qualified machinist; his father a farmer who ended up working on British Rail. The support of his parents in whatever ventures he embarked upon was always there.

“I can give credit to both my parents for teaching me (and my siblings) where we are, how we’re perceived in society and why we need to achieve as much as we can”.

Recognised for his natural intellect from a young age (he was tested academically suitable to go to a local grammar school), but as Dr. Henry explains he was forced to go to the local comprehensive school, Samuel Pepys – now Crossways Academy, on account of his skin colour. “This experience brought home to me how racist this society was……the school itself was nicknamed Sambo Peeps due to the high number of black boys who studied there.” Despite not being academically challenged  school for Dr. Henry was a place where  he was “taught that blacks achieved nothing in history”.

So he escaped and ended up taking courses in black history at Moonshot Youth Club, at 15 he was introduced to African history and black contributions to the world’s development, as well as studying martial arts to create a mind/body balance. Focusing on the African contribution helped give him a sense of identity.  Dr. Henry stated.

“As a child there’s a certain amount of confusion within the system as to whom we’re supposed to revere educationally (in the typical British education system).”

Expulsion from both school and college for fighting, Dr Henry started work as a clerk in solicitor firms and banks after taking career aptitude tests. His passion for learning nevertheless did not wither. 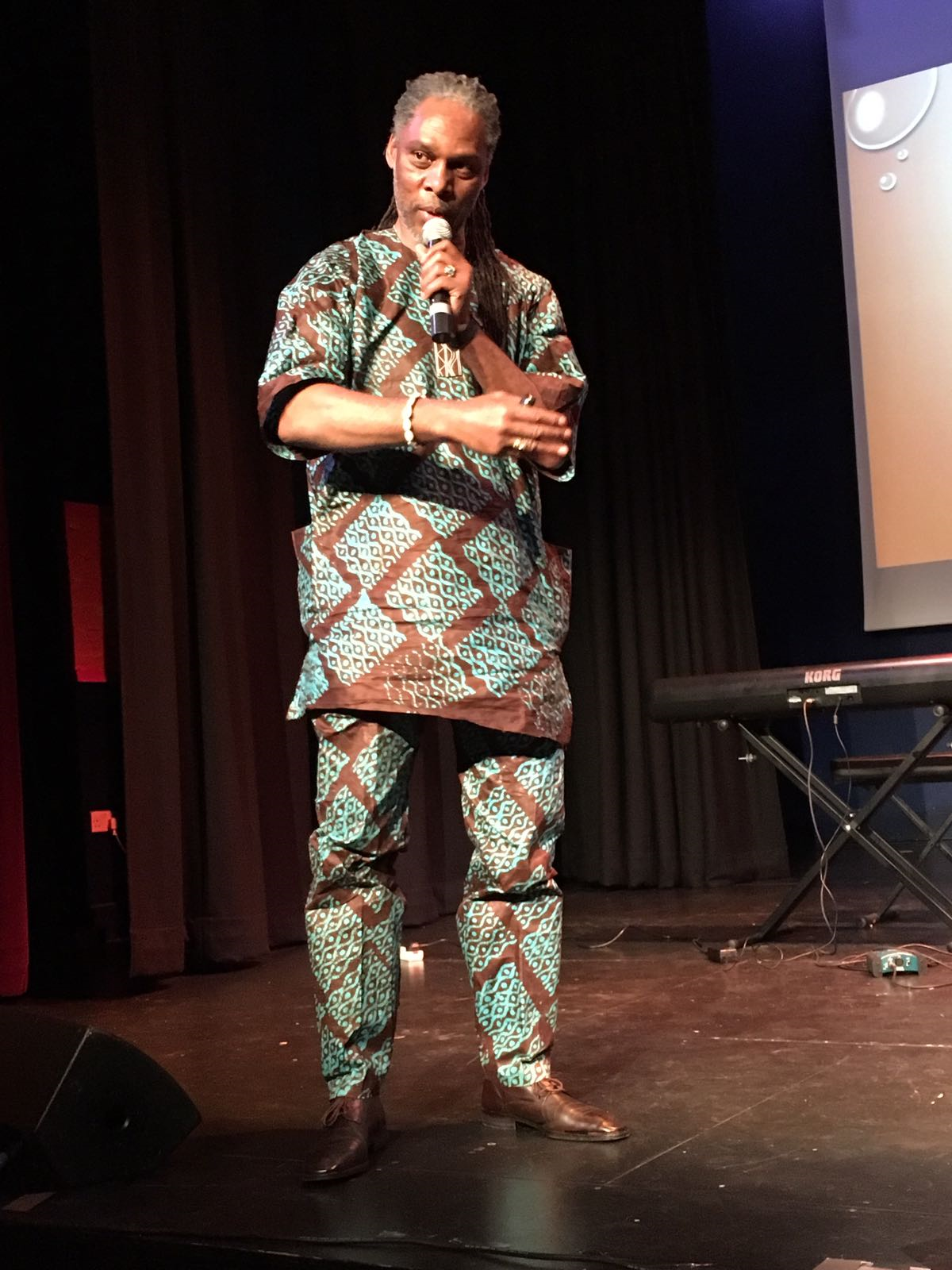 The rest is history he now holds the title of Professor of Criminology and Sociology, lecturing at UWL. Alt Africa caught up with Dr. Henry as part of our series of interviews around the recent publishing of the Windrush Report and his views on why  COVID-19 is hitting the Black community the hardest.

ALT: From a South London boy who was expelled from school at 15, you now hold the title of Professor- tell us about that journey?

I have always been into education and learning, which coupled with my voracious appetite for literature, should have made me the ideal pupil but I hated school. I hated how racist the majority of teachers were and I hated the fact that as a black boy I was expected to love PE, athletics and all forms of sport, more so because my twin brother excelled in these areas. I was pretty good when I made an effort, but it was the constant reminding that was all I was good for jarred me along with the ‘ you’re too thick to do a thinking man’s job’. This was strange since along with my brother, I was always in the highest class and we were always amongst the highest achievers. In fact we were supposed to leave our primary school and go to the local grammar school which was then called Brockley County, but our headteacher, Mrs Stevens, was so racist she persuaded our parents to send us to Samuel Pepys, which was known as ‘sambo pepys’; enough said. Unsurprisingly I was expelled from school at 15 and then from college at 16, which I have to own as my brother did well in both settings, and without making excuses the last straw for me at school was when I wrote a poem about war and the teachers’ accused me of plagiarism.

After my parents’ intervention I received a prize and a book token but my days with formal education were numbered and I would not return until I was in my mid-30s. In fact, just before I was expelled from school in 1972 I began attending black studies lessons at Moon Shot Youth Club in New Cross, which was run by Dame Sybil Phoenix and that’s where I was introduced to being an African whose history predated Europe. Thus, my ending up as a PhD Professor in Criminology and Sociology at University of West London (UWL) is only really surprising to those who don’t personally know me and when I returned to studies I had a pretty smooth ride through my degree programmes. Indeed, I have always been regarded as a profound thinker within my community, and this was widely known during my Lezlee Lyrix, Reggae Sound System Deejay days as one of the UK’s conscious, Africentric, lyricists.

ALT: The numbers are staggering there is more than 18000 Professors in our universities around 4000 are women and around 130 black/Asian what were the barriers you faced?

The barriers I faced are what most black faculty face, that is short term contracts, failing to be shortlisted for positions and more likely to be offered hourly paid work than full-time permanent. Yet, whilst my experiences at Goldsmiths, University of London were generally in line with the above, culminating in my taking a grievance against them before my departure in 2005, since I have been in the employment of UWL (2014) I have for the most part been totally encouraged and supported, hence achieving the position of Chair in 2019.

ALT: How do you articulate this moment and how is Lockdown affecting you?

Lockdown is not really affecting me that drastically, thus far, as I like my own company and just plan my time productively. Also, getting used to delivering my teaching online is a welcome challenge as the pedagogical approach is qualitatively different, but thankfully my students seem to be coping well and that is what really matters to me.

ALT: Over the last 3 weeks it has become evident that people of colour are being hit harder by the pandemic on a global scale- what is your rationale for this?

Gonna cheat and use what I stated before as it captures it for me.

“It is no surprise to me that peoples of African ancestry are disproportionately affected by the pandemic as this just speaks to our lowly structural placement, not just in the UK but anywhere we hold ‘minority’ status in Europe’s ‘New World’ economies. This is because we are in such spaces for specific reasons and in the UK context our predicament stems from post Windrush migration where our sole purpose was to labour in factories, hospitals and on building sites etc. as part of post WWII reconstruction.

This black experience has not qualitatively changed despite deindustrialisation as we are disproportionately and negatively impacted in every area of human activity, for one simple reason. The Windrush generation, very similar to other migrants from across the British Empire were subject to the ‘5-year myth of return’. They intended to come here, earn as much as they could, send the money home and return there without setting up roots here. But the white British were so racist in general, wouldn’t rent rooms to black people and racially abused and attacked us in the streets with little protection from the State or its organs, many migrants had to plant roots in this decadent soil and as such still face ‘living’ in the womb of a scornful ‘mother country.”  (Interview with Priscellia Pyhia’ Robinson, April 2020)

ALT: How do you think the government is handling the growing BAME numbers of NHS workers who have died?

The same way they handle anything that specifically relates to our ongoing treatment in this racist society; pure, unadulterated, LIP SERVICE!

ALT: They recently launched an investigation into why this happening do you think Trevor Philips is the right man for the job?

Why him and why Doreen Lawrence? Surely, they should find someone from our community who has expertise in the medical field, as well as social, cultural, and political nous enough to not be duped into appeasement by toeing the party line.

ALT: Have you managed to view the Windrush report what do you think will transpire – did the apology from Priti Patel give you any confidence?

The fact that they have the blatant cheek to use ‘institutionalised ignorance and thoughtlessness’ as an excuse makes me sick and explains why I don’t have any confidence in anything that comes from central government regarding the Windrush. As for Priti Patel, she’s a mouthpiece for what her party advocate so to focus on her per se is yet another unwelcome distraction as she cannot make unilateral decisions, Just like ex PM May didn’t when she fronted up the ‘Hostile Environment’. We, as British citizens, need to have the right conversations and not be afraid to call them out and take them out of their comfort zones when we know they are being quite ‘economical’ with the truth.

ALT: Do you have any personal experience of the Windrush Scandal?

Yes and many of the people I grew up with were caught up in that and I grew up with Junior Greene, the guy who was at the centre of many of the news items when the so called scandal first broke when he wasn’t allowed back into the UK and missed a funeral although he was educated, lived and worked in the UK for most of his life.

ALT: What would you say about the call for the 1971 Immigration Act and the 1981 Immigration and Nationality Act to be repealed is that likely?

ALT: What would you like to see happen as a result of the report?

If you are talking of the Windrush then not much to be honest as it will be subsumed under the pandemic crisis, not that I would have expected much otherwise due to what I just stated about using ‘institutionalised ignorance and thoughtlessness’ as a strategic avoidance strategy. This just speaks to a long line of ‘official’ reports, which in essence are mere recommendations, that never accept that their ongoing and ever present, discriminatory practices towards black people are absolutely rooted in the racist, white privileged mindset that afflicts far too many in power positions. This obviously includes those who are white minded in their thoughts, deeds and actions towards those who look like them.

ALT: Finish this sentence …. I take comfort in.………knowing that as an African person I am still free thinking enough to know that is what I am and that is how I will be regarded in this inherently classist, racist and sexist society. Hopefully the current crisis will awaken peoples of African ancestry, globally, to the realisation that perhaps we give Europeans too much credit, hence as Marimba Ani suggested ‘we give them the power over us’,  and perhaps by not doing so we will reclaim our sovereignty and autonomy as viable and valid members of the human family.

Support ALT: As an  independent platform that creates stories around diversity please support us  for as little as a  £5 DONATION you can help us to remain an independent voice.