George Alfred Busby by all accounts was an extraordinary individual. He was born to Richard (a tailor) and Louisa Busby in Barbados on 8 January 1899, and six weeks later they relocated to Trinidad, where his siblings Milly, Arthur and Zander were born.

A bright child, George earned a place at Queen’s Royal College, developing a lifelong friendship with fellow pupil C. L. R. James, later to become a world-renowned historian. In 1917, George won the coveted Island Scholarship, awarded on the results of the Higher Certificate Examination, entitling him to study at university in the UK. In November that year he also won the Governor’s Prize in a national competition for an essay on “Patriotism” (third prize went to C. L. R. James).

Taking up the scholarship, however, was delayed until after WWI ended, so it was in 1919 that George eventually left for Britain. His medical studies began at Edinburgh University, and after two years he transferred to University College Dublin, where he was better able to eke out the meagre funds at his disposal.  He graduated as a physician and surgeon in 1925, and that year married Beryl Davis. She had studied medicine at Bristol University, and although she became the first Trinidadian woman to qualify as a doctor, her aspirations did not chime with a frugal lifestyle; her return to the Caribbean with the couple’s only child, Wallace (1926-2011), signalled the end of the marriage.

His daughter Dr Margaret Busby  said: “Speaking on behalf on my brother George and sister Eileen, as well as myself, I must say what an honour it is to have our father’s dedication and hard work as a doctor recognized by the installation of this Blue Plaque on the house where he lived in the 1920s.  As a newly qualified physician and surgeon, he allied himself with the residents of East London, and in particular Walthamstow, when times were hard, before relocating to the Gold Coast in West Africa to practise in the rural areas where basic amenities – whether electricity or running water – were unavailable, and there was an even greater need for medical care.  We are proud of all that he achieved, and we continue to be inspired by the sacrifices he chose to make in order to improve the lives of others. 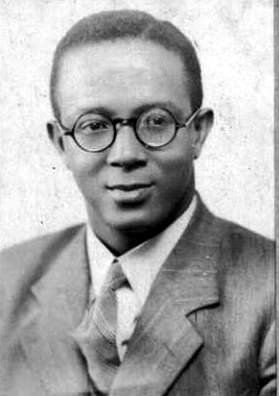 Dr Busby began his career as a general practitioner in Walthamstow, East London, staying at 66 Erskine Road from 1926 to 1929. In this pre-National Health era medical care was not free, and he often recalled the barter system by which the butcher paid him in pork chops. Dr Busby would continue interacting with his Walthamstow patients long after he left Britain.

Cllr Paul Douglas, Waltham Forest Council Cabinet Member for Culture, said: “As we celebrate the Windrush Nurses of Waltham Forest with a special exhibition at our Vestry House Museum, it is exciting to find that we also had a pioneer Caribbean Doctor, George Alfred Busby, as far back as the 1920s in Walthamstow.”

In 1929 he set sail for the Gold Coast, where he lived for the rest of his life. He spoke of his choice to settle there as a return to the land of his maternal great-grandmother.  A small, dedicated group of other West Indian professionals also made the move to the Gold Coast in the first part of the 20th century, and during WWII, along with Dr Busby, even contributed hundreds of pounds to England’s War Chest.  Dr Busby practised initially in Nsawam, but then made his base in the small town of Suhum, electing to work in the rural areas where medical care was most needed.

In January 1941, Dr Busby married Sarah Christian, who had studied nursing in England in the 1930s and shared his commitment to making a difference to healthcare in the country. They had three children, born in Ghana: George Jr, Eileen and Margaret Busby. The latter would become the first black publisher in the UK, and is currently Chair of the Booker Prize.

On Dr Busby’s death, in London in 1980, the many tributes paid captured something of his selflessness and the impact he made on people. “He was unique in his smooth relations with all manner of persons: rich or poor, black or white,” said the obituary in the Daily Graphic: “Born in the West Indies, settled in Ghana, laid to rest in England, Dr Busby was truly an ‘International‘ – a rare personality.”

Dr Jak Beula, CEO of Nubian Jak Community Trust, said: “An apple never falls far from the tree. The remarkable achievements and humility of Dr George Alfred Busby, and the impact he had on his family and the world are clear for all to see in his equally remarkable daughter, Dr Margaret.”
When: 9 March 2020
Where: 66 Erskine Road, Walthamstow, London, E17 6RZ
Time: 11:00 till 12:00