Summerland
Secluded in her picturesque countryside cottage, Alice toils away at her academic thesis on pagan myths while the rest of the world is in turmoil. The Second World War rages, yet its impact is barely felt by the solitary and prickly writer. Unmarried, she attracts the consternation of local villagers and is tormented by their children. Nursing a heartache from her past, Alice would quite like the world to leave her alone, but it has very different plans for her – in the form of Frank, an evacuee from London. Initially determined to be rid of this interloper, the guilelessness of youth soon breaks though Alice’s tough exterior. The boy opens old wounds with innocent questions about Alice’s past. Through flashbacks, we see the reason for her pain – an all-consuming love affair with the decadent Vera (Gugu Mbatha-Raw), which unfolded when both women were barely out of their teens and everything seemed possible. Swale’s rapturous feature debut is a heartfelt rumination on the power of love, set against a beautifully-shot Kent coastline. Arterton has rarely been better as the fiercely independent Alice, coming to terms with her past and finally setting herself free for a future she could only dream about. 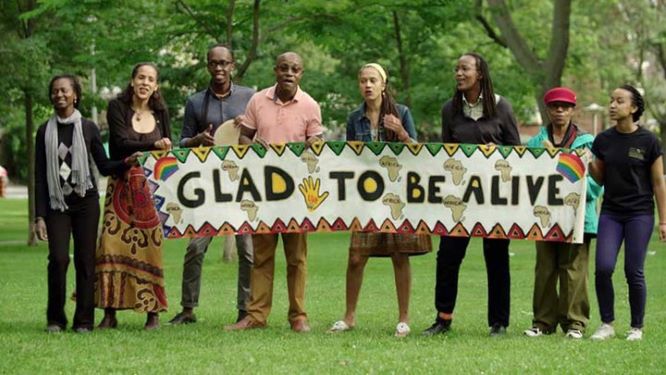 Our Dance of Revolution

This expansive film covers 35 years of black LGBTIQ+ organising in the Canadian city. Engaging a wide diversity of voices, it presents an intergenerational account of how activist communities and discourse was built. From collective housing to the 2016 Toronto Pride sit-in, we see the various ways community activism can be grown. Social groups, black lesbian publishing, club nights, AIDS awareness – all these elements play a role in the growth of a movement. And when black LGBTIQ+ folk find a place for themselves, we see them bring others with them. We also see how their 1980s slogan ‘because all black lives are important’ fed into Toronto’s Black Lives Matter chapter. Decades of building visibility, safer spaces and resistance also include making food for friends and inclusive clubbing. After all, there’s always space to dance in a queer black revolution!  Dir-Prod Phillip Pike Canada 2019 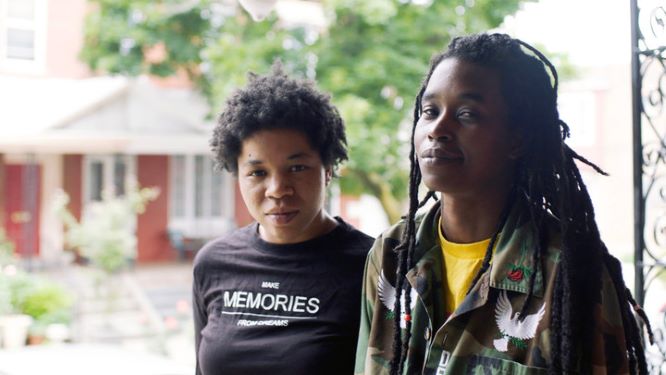 Queer Genius follows the lives of five artists: Eileen Myles, the late Barbara Hammer, Jibz Cameron (Dynasty Handbag) and Rasheedah Phillips and Camae Ayewa / Moor Mother (Black Quantum Futurism). With an unspoken but deliberate move away from the notion of genius as a male domain, these outspoken, forthright women present precious insights into what it means to be an artist. Moreover, the social and cultural impact of their work is carefully unpacked – from the bravery of Myles and Hammer, who forged a distinct lesbian aesthetic in the 1970s to younger artists Cameron, a physical theatre-maker and comedian, and Black Quantum Futurism. The film stays true to its foundational principle, expressed by Gertrude Stein: ‘That is what genius is to be the same time listening and telling really listening and really telling’. Dir-Scr Chet Pancake Prod Miriam Stewart, Chet Pancake USA 2019 115min. 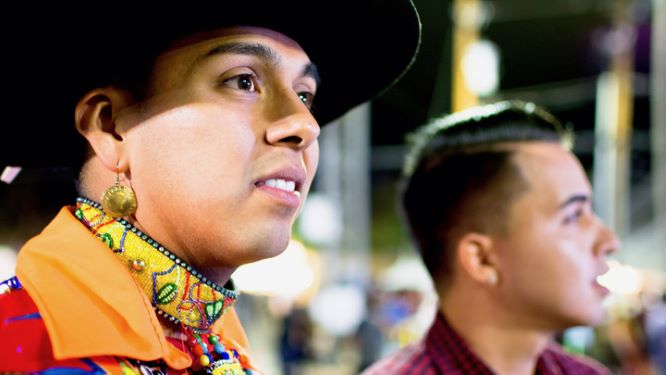 Dir Ben-Alex Dupris. USA 2019. 14min part of short film programme Dance Like Everyone’s Watching
An  eclectic assortment of shorts that jumps into different worlds of dance and physicality for personal survival, visibility and the fortification of marginalised communities.