Helen stalks through her farm with a cleaver in one hand, cigarette in the other, running through the various treatments she’s tried for her dog’s mange. Her recently unemployed son Daniel pushes beer and whiskey on his own child. And the local preacher (Wendell Pierce) remains in denial about the malice forming an increasingly powerful undertow to his sermons. As alcohol and melancholy suffuse this Louisiana family and their pastor, a woozy portrait emerges – one of characters living in lows they cannot transcend. Creating a poetic film language that prizes sensory experience, Phillip Youmans never judges his characters, and it’s this observational gaze, and the bleak truths he excavates, that are earning him favourable comparisons to Terrence Malick, RaMell Ross and William Faulkner. Dir: Phillip Youmans .Available to watch on NetFlix now.

The Irishman in UK cinemas now

Who killed Jimmy Hoffa? A labour leader and the infamous head of the Teamsters union, whose connections with organised crime were wide ranging, his career ended with a conviction for jury tampering, attempted bribery and fraud, but he was pardoned by President Nixon in 1971. Not long after, he disappeared. Declared legally dead in 1982, various theories have circulated as to what happened to him. Few are as convincing as that told by Frank ‘The Irishman’ Sheeran. The account he revealed to journalist Charles Brandt and published in the 2004 book I Heard You Paint Houses, is the basis of this riveting, epic crime drama. Written by Gangs of New York collaborator Steven Zaillian (Schindler’s List), Scorsese’s The Irishman weaves an engrossing and intricate web of connected events, audaciously cutting back and forth across decades.

Presented through the prism of Sheeran’s (De Niro) memories of his criminal past, the film uses state-of-the-art visual effects to ‘de-age’ the cast from their 70s through their 30s. The seamless (and astonishing) post-production allows Scorsese to bring together a favoured megawatt cast, all on exceptional form: the former Goodfellas pairing of De Niro and Joe Pesci (out of retirement here for Scorsese), alongside Harvey Keitel, Stephen Graham, Anna Paquin, Jesse Plemons, Bobby Cannavale and Ray Romano. Al Pacino, appearing for the first time in a Scorsese film, gives a performance as Jimmy Hoffa so good you’ll want to watch scenes again straight away, not least the many two-handers with Pacino’s Hoffa and De Niro’s Irishman Sheeran, whose friendship forms the heart of the film. Dir: Martin Scorsese 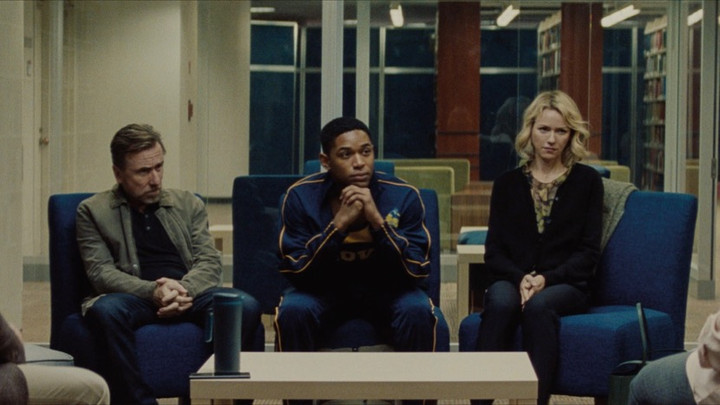 Luce (Kelvin Harrison Jr) is a former refugee, a child soldier from a war-torn African country. Seemingly recovered from his childhood trauma, he now lives in his adoptive country as the son of white liberal middle-class parents (Tim Roth and Naomi Watts). His high school’s brightest hope – a fiercely intelligent debater and star athlete – Luce seems destined to achieve great things. But after he chooses Franz Fanon as an assignment to deliver a paper in the voice of a historical figure, Luce’s English teacher (Octavia Spencer) becomes suspicious that something darker may lurk beneath his highly-controlled exterior. Shot on crisp 35mm, with production design as restrained, precise and potent as the storytelling, this is deeply satisfying filmmaking: disciplined, canny, provocative and complex, like Luce himself. Watch the trailer: https://www.odeon.co.uk/films/luce/18657/