Rele Gallery in Nigeria has created a platform for young artists to showcase works with a first exhibition of the year untitled ‘Young Contemporaries’  which opened this January 2019 and runs till March 3rd 2019. The exhibition features work from Stephen Tayo, Osaze Amadasun, Tonia Nneji, Painter Abe, Osaru Obaseki, and Fidelis Joseph. We caught up with Osaze for a quick chat.

AA: What was your biggest childhood ambition?

OA: It was without a doubt to have a career in the arts. Back then, I really wanted to be a visual artist.

AA: What was your first art discovery?

OA: It started at a very young age. I remember entering for my first art competition at the Benin Museum in 1995. That kinda pushed me to keep exploring my creative side. 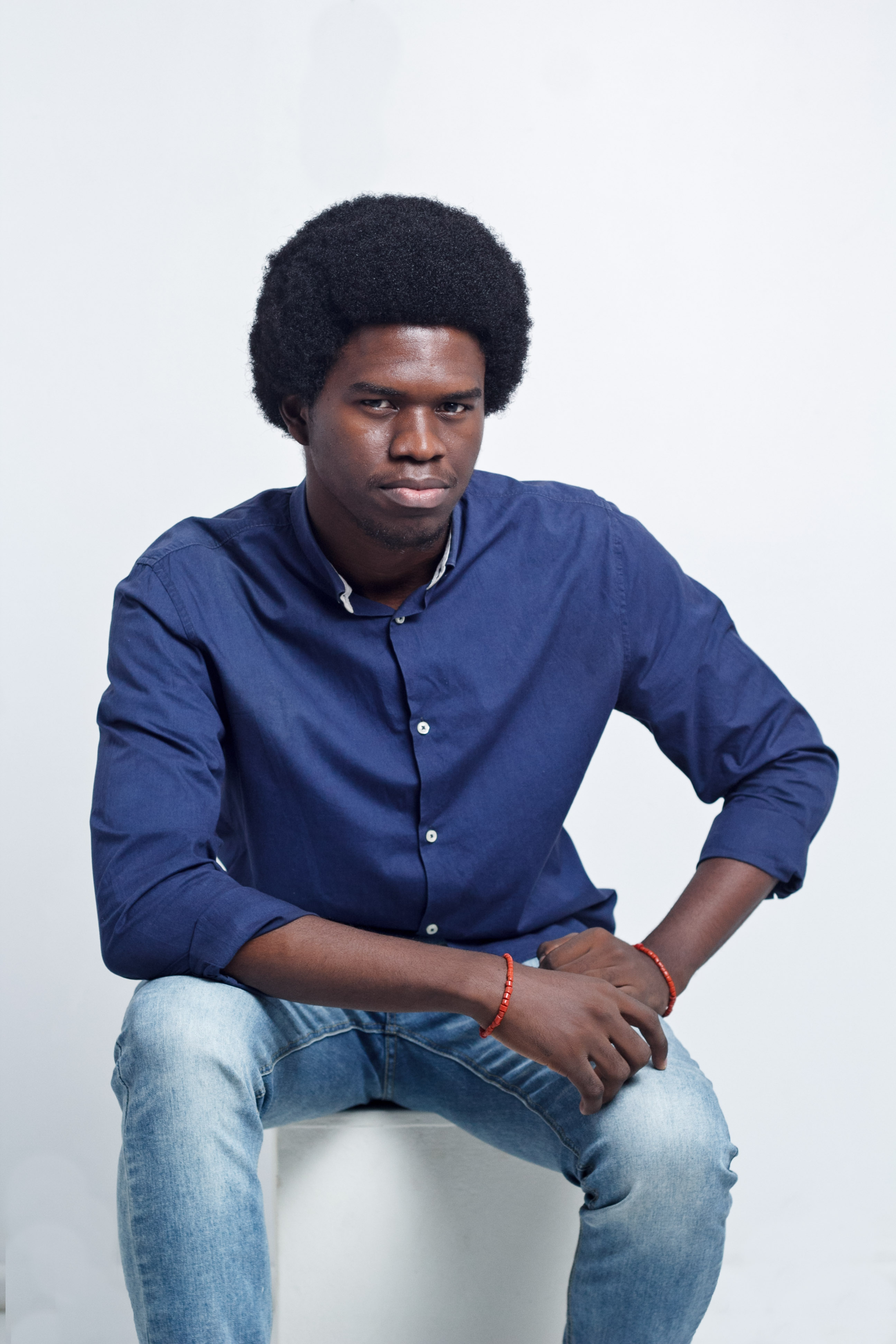 AA: What is the most exciting thing about exhibiting your work in an exhibition?

OA: Art is very subjective. For me its definitely seeing how different people interact with my work and hearing their own interpretation of my work.

AA: How did find out about the Rele Gallery?

OA:  Before it was up and running, I had a group exhibition curated by the founder of the Rele Gallery(Adenrele). When the gallery was finally setup I heard the news of the launch via social media. Sadly I couldn’t make it for the opening back then.

AA: Tell about your work in the exhibition?

OA: My exhibition is titled ‘ONCE UPON A KINGDOM…’ For the exhibition, I have created series of paintings reminiscent of the ancient Benin kingdom. Informed by anthropological data, studies of the Benin brass casters works and Benin mythology, I reinterpret significant events that occurred during the era of Oba OEsigie (1504 – 1550)

AA: Where did you study art (if you studied) ?

OA:  I didn’t study art formally. My background is in architecture, I studied architecture at the University of Lagos, Nigeria. However, YouTube has played a great role in my improvement as an artist.

AA: What are some the styles you brace, tell us about one of your pieces in the exhibit, name, theme?

OA:  For this series, I looked at a lot of Renaissance paintings and stained glass works in catholic churches and cathedrals. I studied how they composed elements on their canvas. This informed how I approached my own work. I found that there were a lot of similarities in compositions of the Benin plaques and that of cathedral stained glass and fresco artworks.

This composition is evident in my work titled ‘The Latent Oba of Benin’, here scale and hierarchy come into play. The Queen mother Idia is seen in the center of the composition, She is flanked by 2 attendants at the top (a composition seen commonly in the Benin plaques and on catholic paintings depicting Mother Mary). Queen Idia is the largest figure in the painting. This emphasizes her importance in the painting. The halo on the flanked attendants at the top of the artwork indicate that they are of higher ranks and importance as opposed to their counterparts at the bottom of the artwork. The painting is a testament to Queen Idia’s Social and military accomplishments in the Benin Kingdom. She is seen wearing full coral regalia, an outfit worn only by the Oba. In Benin, The law of primogeniture is practiced so technically a woman cannot become king. Looking back, Queen Idia was low-key behind a large number of accomplishments(both military & social) in Benin at the time (Including her son’s ascension to the throne). As such, I have used my artistic license to honor her with the highest title in Benin….which is being The ‘Oba’ of Benin. For me, Queen Idia will always be ‘The latent Oba of Benin’

AA: What do you think the main developments in the art scene in Africa have been in the last 10 years and what would you like to see happen?

OA:  I think lots of galleries and art centers have popped up within the last 10 years, especially here in Nigeria. To an extent this has increased the average person’s interest towards the arts . In the coming years I would like to see more Art fairs like ‘Art-X’ which bring the finest artists from countries around Africa under one roof. This is especially important and useful for artists in the early stage of their careers as well as the veterans.

AA:  Restitution is a massive conversation, right now! what are your views on those who say returning art/artefacts back to Africa will be a bad thing?

OA:  So, Most people believe that African’s in general have a poor maintenance culture and as such would not be able to take proper care of these artefacts if returned. However, this cannot be a premise for the museums to hold back these artefacts, seeing as most of them were stolen from the rightful owners.

AA: Who are the artists you most admire and are influenced by?