St. Louis, Missouri, activist and organizer Kayla Reed who features in the Human Rights Watch Film Festival documentary “Whose Streets”   talks to Alt Africa about racial injustice and why she continues her fight for equality. Reed was working as a pharmacy technician but after the police killing of Michael Brown Jr in August 2014 she was catapulted into activism. 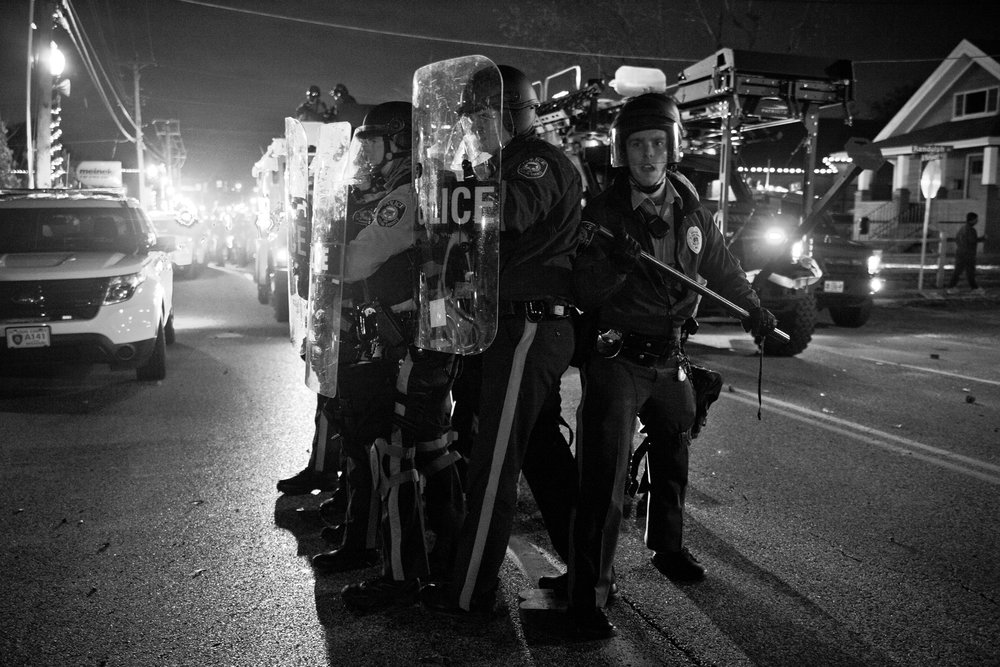 1.  After  the death of Michael Brown, how much do you think throwing Ferguson into the international spotlight will help the people of that town?

The Ferguson Uprising catapulted the issue of police brutality to an international stage. Elected officials were forced to address the long history of police violence in Black and Brown communities. For the local movement that started in Ferguson, international spotlight provided a platform to get the truth out and combat the mainstream narrative that labeled us unorganized criminals. An international spotlight helped maintain the momentum that created movement in the states and beyond.

2.  In the wake of the #MeToo and #TimesUp movements do you think that the #BlackLivesMatter is as loud?

I don’t think movements need to be compared to each other. The #MeToo Movement started by Tarana Burke, a Black woman, aims to center the experiences of women and girls of color who have survived sexual assault. She deeply believes that racism is why Black women’s experiences are never centered and uses her platform to address those inequalities. Our movements are interconnected because we understand unique oppression that Black women face. For example, Black women  are more likely to encounter sexual assault while in police custody than white women highlighting that these issues are not separate, and in my opinion both need to be louder.

3.  As a black woman fighting for racial equality do you think the TimesUp movement recognizes the black female struggle?

Black women in America have experienced sexual violence since slavery. Our stories have long been ignored and that has never stopped us from fighting for the lives we deserve. The current Time Up movement is an extension of the MeToo work that was started by a Black woman. Our collective liberation from capitalism, racism and patriarchy demands that we have an intersectional and inclusive movement and I believe that we are moving toward that vision.

4.   What needs to change in Ferguson in the short term to give you hope?

My hope in our movement is not dictated by one place. Organizers in Ferguson are committed to transforming that community and I believe that will happen. As long as people are willing to fight, I have hope that things will change.

5.  How easy is it to keep the momentum going when there is an endless string of police officers walking away without conviction?

Movements are not easy. Racism is a part of the fabric of the United States and police violence is one manifestation of a larger problem of anti-blackness. While it is incredibly difficult to organize in the face of death, our movement was born because Black people deserve to live and until that happens, our work continues. Our momentum stems from the vision of liberation we have for our communities.

6.  Are the streets of Ferguson more racially divided or has the situation highlighted the racial disparity?

Ferguson remains segregated, both physically and politically. The movement there is strong and continues to push for radical transformation. Success does not happen overnight and it has only been 3 ½ years since Mike Brown was killed. The inequality in Ferguson is the result of decades of policy and prejudice and undoing that will take time.

7.  How does a documentary like “Whose Streets” help shape the narrative?

Whose Streets is a film created by people who wanted to see change. Damon and Sabaah are committed to our movement and used their talents to highlight the dignity and majesty of Black people in the United States fighting for a better tomorrow. It combats the way our movements are romanticized and shows the complexities we face in our day to day lives. More importantly, it gives voice to those who are silenced and could one day be erased when this story is retold. Ferguson is the story of ordinary people doing an extraordinary thing and hopefully it sparks a new narrative that when the oppressed rise, change is inevitable.

8.  Why in 2018 do you think we need to have a movement called BLM (Black Lives Matter)

As long as there is racial injustice, there needs to a movement to combat it. The Movement for Black Lives is the current iteration of a long history of Black freedom struggles. We recognize that racial inequality is embedded in so many of our institutions, from education to policing to housing. Until racism is eradicated for the face of the earth, there is needs to be a movement like ours fighting for the people.

The current political polarization in the United States could be attributed in part to what King is speaking to in this quote. More importantly though, in order to “get along” our society needs to be held accountable for the violence its perpetuated against communities of color. The success of the United States as a nation has depended on the continued exploitation and oppression of marginalized groups like Black people. People fail to get along because they refuse to acknowledge and provide recourse for the harm to our communities. We cannot just move forward while there are still active forms of prejudice in our society that impact Black people’s ability to live and thrive.

Reed has been published in the Washington Post and Huffington Post. She is recognized as one of CNN’s Disruptors and by Delux Magazine in their inaugural Power 100 List. In 2016 Kayla returned to school and is currently a sophomore at Washington University studying Sociology and African/African-American Studies. Follow her on twitter: @iKaylaReed

Copyright (2018) Please do not copy, quote, reprint any part of this website. For reprint or syndication please contact the Editor.