“The first novel we published, in March 1969, was The Spook Who Sat by the Door, by African-American Sam Greenlee.  It had been turned down by scores of publishers on both sides of the Atlantic, but we managed to turn it into a success.  It was translated into several languages and went on to be made into a cult feature film”.

Margaret Busby OBE, Hon. FRSL (Nana Akua Ackon) was born in West Africa, Ghana, educated in the UK, she is a graduate of London University. Historically becoming  Britain’s youngest and first black woman publisher when she co-founded Allison & Busby in the late 1960s. Instrumental in the early careers of many well-known and renowned authors Allison & Busby published the work of authors like Buchi Emecheta, Nuruddin Farah, Rosa Guy, C. L. R. James, Michael Moorcock and Jill Murphy. An editor, broadcaster, and literary critic, Busby has written drama for BBC radio and the stage. Her radio abridgements and dramatizations encompass work by Henry Louis Gates, Timothy Mo, Walter Mosley, Jean Rhys, Sam Selvon and Wole Soyinka, among others. She has judged numerous national and international literary competitions and served on the boards of such organizations as the Royal Literary Fund, Wasafiri magazine and the Africa Centre. 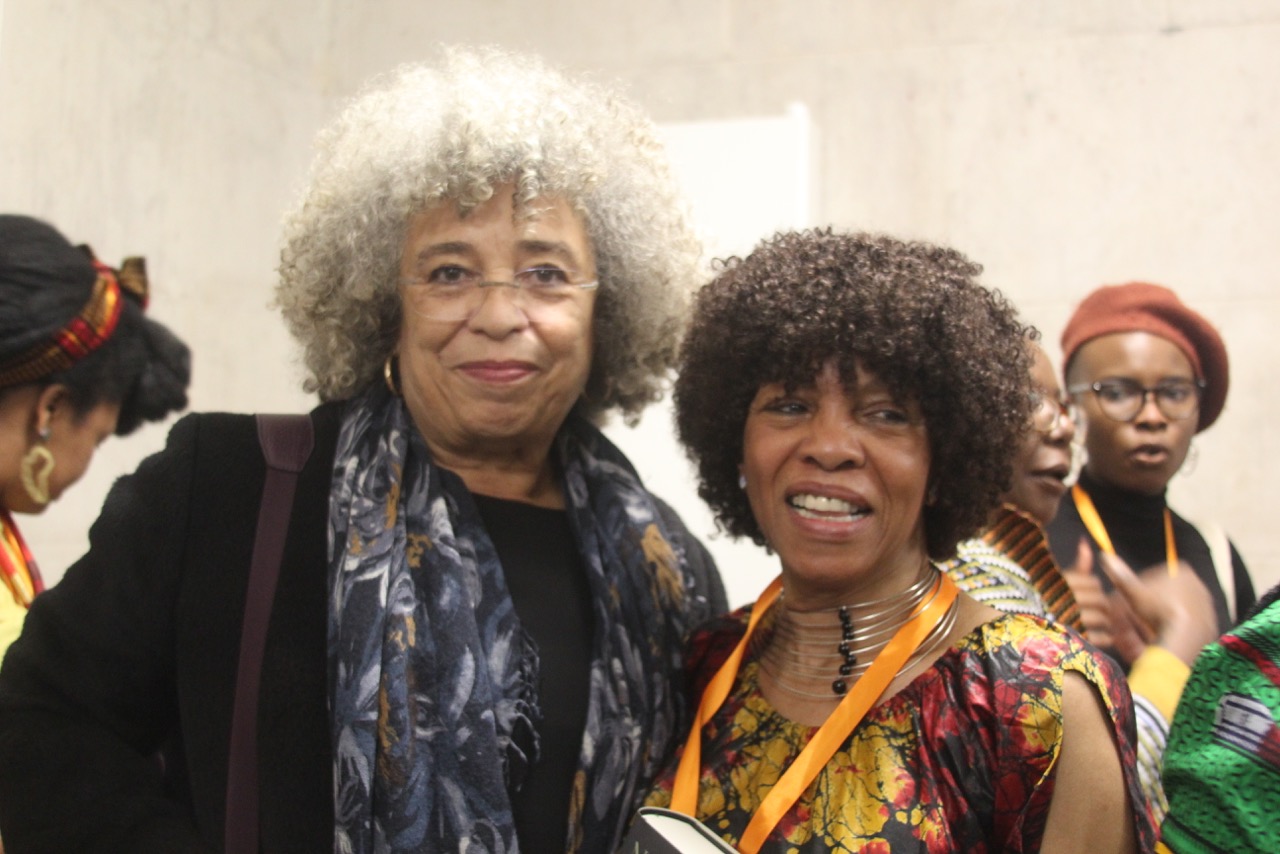 Busby is a long-time campaigner for diversity in publishing and the recipient of many awards, including the Bocas Henry Swanzy Award in 2015 and the Benson Medal from the Royal Society of Literature in 2017.

Twenty-five years ago, Busby’s ground-breaking anthology Daughters of Africa illuminated the ‘silent, forgotten, underrated voices of black women’ (The Washington Post). Published to international acclaim, it was hailed as ‘an extraordinary body of achievement… a vital document of lost history’ (The Sunday Times). 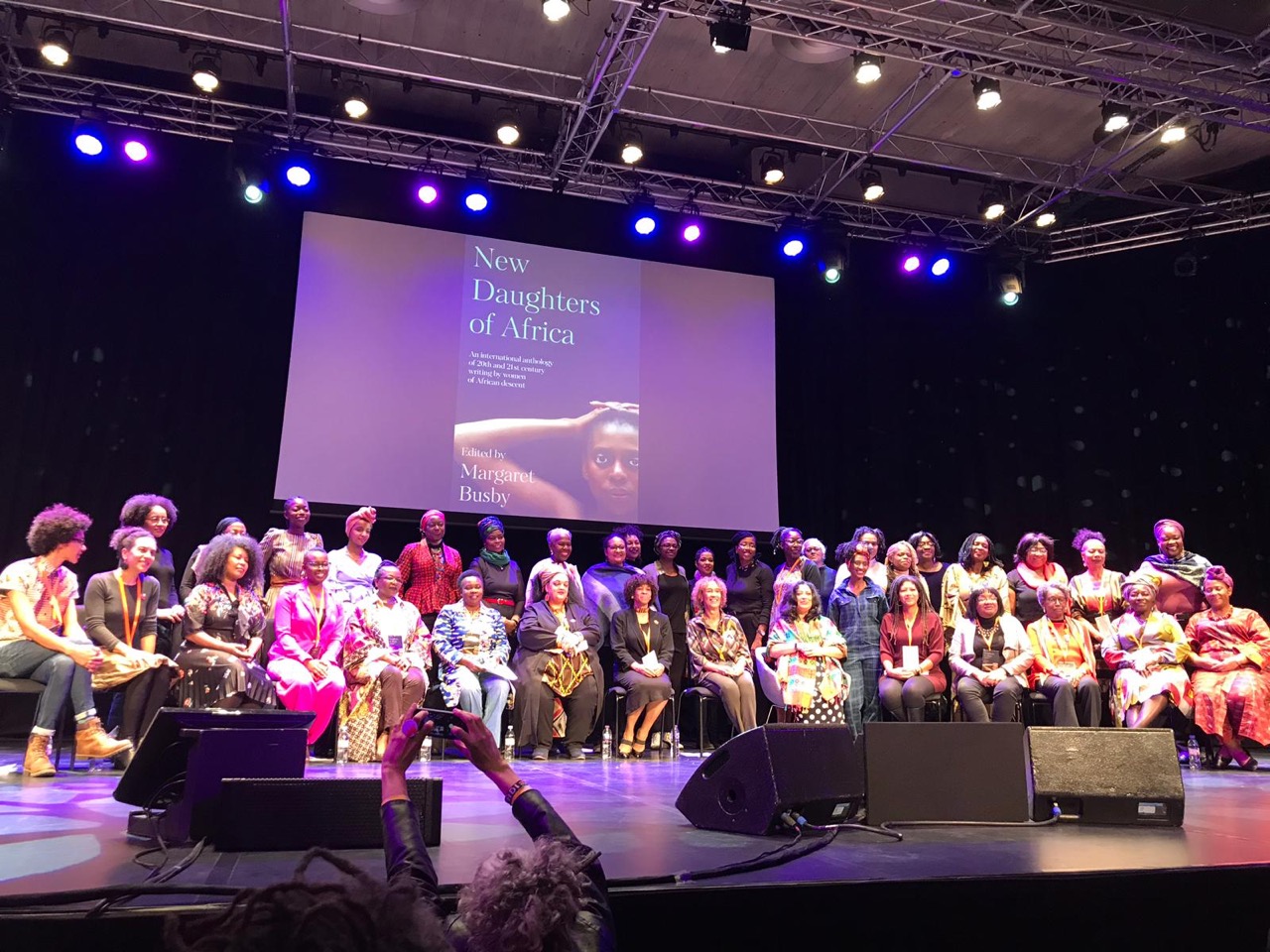 Recently released in March 2019 New Daughters of Africa continues that mission for a new generation, bringing together a selection of overlooked artists of the past with fresh and vibrant voices that have emerged from across the globe in the past two decades, from Antigua to Zimbabwe and Angola to the USA. Bold and insightful, brilliant in its intimacy and universality, this essential volume honours the talents of African daughters and the inspiring legacy that connects them—and all of us.  Alt A Review was delighted to be able to have a conversation with Busby as part of our celebration of 1 year in publishing marked by this 4th edition of Alt A Review dedicated to celebrating women in the creative industries, it was only fitting that Margaret Busby OBE is our lead article.

MB: I was 17 when I went to study for an English degree at Bedford College, London University. As an undergraduate there, I was involved with the college’s literary magazine, as well as writing poetry. In my final year, when I was 20, I was introduced at a party to Clive Allison, an undergraduate at Oxford University, who was also interested in poetry and had produced a couple of pamphlets.  Discussing what we each hoped to do after we graduated, the idea of starting a publishing company was conceived, initially to produce paperback books of poetry at prices that were affordable by young people like ourselves, since most poetry was being publishing in expensive hardback volumes.

AA: In 1967 you co-founded Allison & Busby with Clive Allison what was was the industry like then and what kind of books did you publish?

MB: We started with three poetry titles, set on an electric typewriter, in paperback, priced at 5 shillings, and not knowing any better, we printed 5000 copies of each – despite the fact that we had no proper distribution apart from selling the books ourselves by stopping people on the streets or knocking on doors!

AA: Alison & Busby was not exclusively a Black publisher, but it was responsible for developing the careers of several writers of the diaspora, who were some of those writers you worked with?

MB: The first novel we published, in March 1969, was The Spook Who Sat by the Door, by African-American Sam Greenlee.  It had been turned down by scores of publishers on both sides of the Atlantic, but we managed to turn it into a success.  It was translated into several languages and went on to be made into a cult feature film. Over the years we published other black writers, including from the US Ishmael Reed, John Edgar Wideman, Rosa Guy, Chester Himes; from the African continent including Buchi Emecheta, Nuruddin Farah, Arthur Maimane; from the Caribbean C. L. R. James, Roy Heath, George Lamming, Andrew Salkey.

AA: Can you elaborate on the need for Africans to document their history?

MB: Until the lions have their say, tales of victory will be told by the hunters.

AA: What has changed for the better in the publishing industry in your opinion?

MB: The internet and the ability for anyone to publish online has to some extent made publishing – i.e. making information public – more accessible to all, but that is no guarantee of standard, and there is no substitute for proper editing.  Many people put celebrity ahead of good content.

AA: In 1992 you edited Daughters of Africa: An International Anthology of Words and Writings by Women of African Descent. Tell us a bit about the anthology and what it meant to you?

MB: I compiled it to demonstrate the wealth of creativity that had for too long been overlooked – that stretched back centuries.  I wasn’t saying “these are the only writers who should be read” but that this was just a taste of what had been and was still being produced that deserved more attention. We are all part of a chain, and it’s wonderful to know how positively DofA impacted on so many people, including by inspiring many in a generation of writers that has emerged since its publication.

AA: Now in 2019 (March) New Daughters of Africa hits the shelves tell us about why you decided to do this and the title and some of the writers in the book?

MB: There are still so many writers who deserve to be better showcased, and quite often it is only a handful whom the traditional gatekeepers let through.  The anthology could have been twice the size, thrice the size.  I had a spreadsheet of hundreds of possibilities.  I couldn’t get in touch with all of those I might have wanted to include, and sometimes others I did reach might have wanted to participate but did not have enough time, and there came a point where of course I just had to stop adding names as the book grew huger and huger. Perhaps there will be another opportunity to put together yet another volume – we shall see! But all the contributors included came on board with fantastic enthusiasm, and generously waived their usual fees to help make possible the wonderful new award. The anthology’s publisher Myriad  has teamed up with SOAS University of London and International Students House to launch a wonderful award that will be offered to a female African student.

AA; How did you decide who you wanted to include?

MB: There was no scientific way to choose from the list of hundreds I started with, and I am already grieving for those who are not included, whether from the 21st century or previous centuries. Here’s to the next volume!

AA: Where do you call home?

MB: I was born in Ghana and think of myself as Ghanaian, though circumstances have meant spending more time in the UK than anywhere else.  I am London-based but take every good opportunity to go to Ghana – I was there last spring – as well as anywhere else warm, including Trinidad, where I have family, and where I hope to go for the fantastic Bocas Lit Fest this year.

AA: How do you articulate your journey as a pioneer what has been some of the best bits and any advice to anyone who dares to dream, especially writers?

MB: Well, I know that the description of me that is often given is that I was the UK’s youngest and first black or African woman publisher, but although being the first at something can be seen as an achievement, it has always been more important to me not to remain “the only”, so I am always happy to encourage others to enter the industry. I would like as many people to dream of being publishers as of being writers. You can even be involved on both sides – writing and publishing – as Toni Morrison, Alice Walker, Flora Nwapa and others have done. Above all, remember that your biggest asset is your own energy, so keep on keeping on.

To buy New Daughters of Africa AN INTERNATIONAL ANTHOLOGY OF WRITING BY WOMEN OF AFRICAN DESCENT Margaret Busby go to the publishers website:  https://myriadeditions.com/books/new-daughters-of-africa/ Price £30

This interview was published in the April edition of Alt A Review where we had our first SheCAN issue interviewing women in the creative industries.