Inua Ellams’s Three Sisters is a purely perspective production that takes the Russian classic Chekhov and places it in a village in Eastern Nigeria. Sisters Olga, Masha and Irina become Lolo, Nne and Udo. It is set precisely between 1967 and 1970 during the period of the attempted Biafra secession. In Owerri the sisters long lovingly for the Lagos their late father took them from to discover their roots. (main image: Richard Davenport Sarah Niles (Lolo), Racheal Ofori (Udo) and Natalie Simpson (Nne Chukwu) 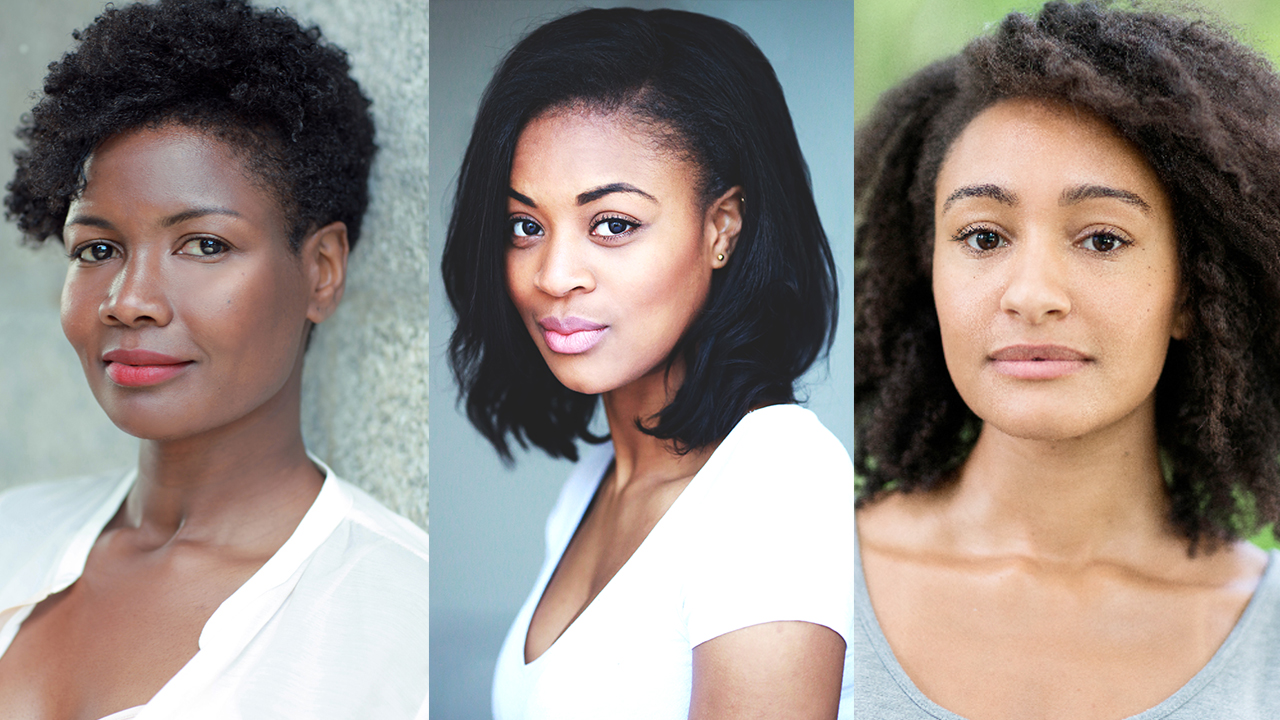 In the first part of play there is a focus on the relationships of the sisters. The Biafra war is woven into and around their lives as they also have other longings and desires beside Lagos. Sarah Niles’s Lolo balances vulnerability and grace as the eldest she has not been lucky in love and works hard as a school teacher, she wants change to the curriculum away from the influence of colonialism, Natalie Simpson’s Nne is the discontented middle sister in an unhappy arranged marriage to Sule Rimi’s Onyinyechukwu, a foolish and mean husband. Racheal Ofori’s Udo the youngest sister just longs to be happy in Lagos and not be badgered by “unsuitable” suitors.

The sisters join forces against Abosede who is married to Dimgba (Tobi Bamtefa), their reckless brother. Ronke Adekoluejo’s vain Abosede adds laughter as she slithers across the stage in her tight sixties get up. She is a Yoruba woman! Her ambition is to own the house left to the sisters on their father’s death. The sisters play up the rivalry between the Yoruba and the dominant Igbo peoples. While the sisters-in-laws focus on Abosede Dimgba starts to gamble away the house, ignoring talk of his wife’s indiscretions.

In Ellams’s  “after Chekhov”  as he calls it, we are given the harsh realities of the civil war and what happens when Biafra tries to create a separate republic. We see this in the second part as the wanton desires of the sisters is engulfed by the “casualties” of the war. This forces Udo to set aside her dreamy innocence and grow up as she experiences death and starvation.

Both set and costume design by Katrina Lindsay provide stunning visuals. The large wooden house which depicts the lifestyle of middle-class Nigerians, is replaced with long grass as the sisters find themselves in what looks like wasteland.  There is no uncertainty as to who is responsible for the war and British colonial rule takes a big bashing and this is enforced by Sarah Niles’s Lolo’s intriguing passionate performances.

Nadia Falls detailed direction encourages great performances all round adding to the splendour of the dialogue and Ellams’s fully formed characters. Anni Domingo’s Nma is the “mama” of the house and despite being  a “servant” is strong. Definitely a play worth watching. Ellams’s Three Sisters offers a refreshing and bold retelling of Chekhov.

At the Lyttelton Theatre book tickets