Alt talks to the multi-award-winning Director about her short film Flight, getting into the industry and more. The film marks Moses’ debut into directing and screenwriting. Flight is a touching narrative, about a Jamaican boy who sets out on a dream, ten times his size, to fly to the moon, despite his circumstances and opposition from his father.

Armed with a suitcase full of ‘banana chips’, Moses left Jamaica to major in Advertising at The School Of Visual Arts (SVA) in New York. In 2007 graduating with Honours, multiple awards and was ranked in the ‘top 100 Advertising Students in the U.S.A.’  She then worked at ad agencies in New York and London, interned for music video director ‘X’, and decided to return home, back into the Jamaican creative industry. Since she co-founded TCP Those Creative People. Now after years of writing TV ads, she finally started her film career.

ALT: Tell us about the premise of the film flight and what the title means?

KM: The premise is, armed with aluminium foil suits, a ‘soon-ready’ cardboard spaceship and full tank of imagination, Kemar sets out to fly to the moon with co-pilot Roshane. His disillusioned father, Clive, tries to dissuade Kemar from a dream ‘too big’ for inner city Jamaican boys. A dream that could save them all. I chose the word ‘Flight’ as the title because at its core, this is a story that explores dreams bigger than us, what fuels them, what stands in the way of them, their ability to transport us and those around us, if they take FLIGHT.

Q: What has the journey been like for you as female filmmaker coming out of Jamaica?

A: This has been a very special journey for me, not only as a female filmmaker coming out of Jamaica but also as a first-time filmmaker. Flight is my very first film. My first screenplay and my first time directing. That made this journey very challenging but also, that much more rewarding. It was amazing to do it with other extremely talented and hard-working Jamaican women in film by my side, including the Cinematographer and Colourist of Flight – Gabrielle Blackwood and the Producer of Flight – Tashara Lee-Johnson amongst the many other talented women in our film crew. Together, we have been like a female national film team, proudly carrying our flag with us to every festival. The first festival we entered, Black Women Film Network in Atlanta earlier this year, was very special, as it was on International Women’s Day and we won 3 awards including the overall festival. Then the talented Jamaican men by our side on our film crew, including co-director Adrian McDonald and so many more, have been very supportive and we also, literally could not have done it without them. Our whole country has been supportive and cheering us on, which has made it even more special. So I would have to say, overall, it really has been such a wonderful experience.

Q: What are the filmmakers and Caribbean films that inspire you?

A: I am most inspired by Storm Saulter who was the first Jamaican film director I worked with on set during my advertising career (which is what I majored in in college and have worked in my whole career). He is such an inspiring Jamaican filmmaker from our generation, constantly pushing the industry forward and genuinely happy for any other Jamaican filmmaker joining the movement. His encouragement has meant a lot to me. I am also inspired by Flight’s Cinematographer Gabrielle Blackwood, who is also a screenwriter and director. She is such a strong, multi-talented and hard-working woman in Jamaican film. I love to see her in action, running around with this huge camera on her shoulder. Her encouragement and support has also meant a lot to me. I love the range of storytelling emerging in our short films with the new wave of filmmakers but in terms of features, there are always the classics like The Harder They Come by Perry Henzell that originally set the bar.

Q: Why did you choose this story?

A: I was working on an advertising campaign and came up with the idea of Jamaica being ‘the likkle island of big dreamers’ and from there I thought of one of the biggest dreams we would have, something we haven’t conquered yet – the moon. And who could be one the ‘likklest’ characters to have it – a likkle boy from an inner-city community. So I put this idea, and visual mock-ups, of him with a cardboard spaceship and a Jamaica flag patch on his arm in a ‘draw’ waiting for the right time to turn it into my first short film.

Q: How would you describe where the Jamaican Film industry is now?

A: The Jamaican Film Industry is in such an exciting place right now! I am so proud of everyone involved – from all angles. Behind the camera, in front of the camera and those working away within organizations like JAFTA and JAMPRO to push the industry forward. This new wave of filmmakers are phenomenal! Jamaicans are born storytellers. It’s a big part of our culture. We have so many other stories to tell in Jamaica and we are finally telling those other stories now – with a range of voices and styles. The quality of our executions is also getting higher and higher. We have great features like Sprinter by Storm Saulter that came out this year and films like the new James Bond that was shot here with a mixture of international and local crew members. Filmmakers are even starting to work on new TV series ideas to pitch and so much more. Jamaica right now is definitely a space to watch. And this surge of creativity is happening across the board – from a powerful new generation of musicians to artists, designers, photographers, filmmakers and so much more.

Q: Tell us about some of the awards the film has won?

A: Wow the journey of this ‘likkle film that could’ has been amazing. We had a very small budget and some of the films we went up against left us speechless.

Flight’s awards are listed below:

‘Flight’ was also selected to be in a ‘Short Film Corner’ At Cannes Film Festival – May 20th-25th in Cannes, France – For ‘Underrepresented Groups’.

– One Of The 5 HBO Short Film Finalists

– Archibald McDonald Award For The Best Of GATFFEST 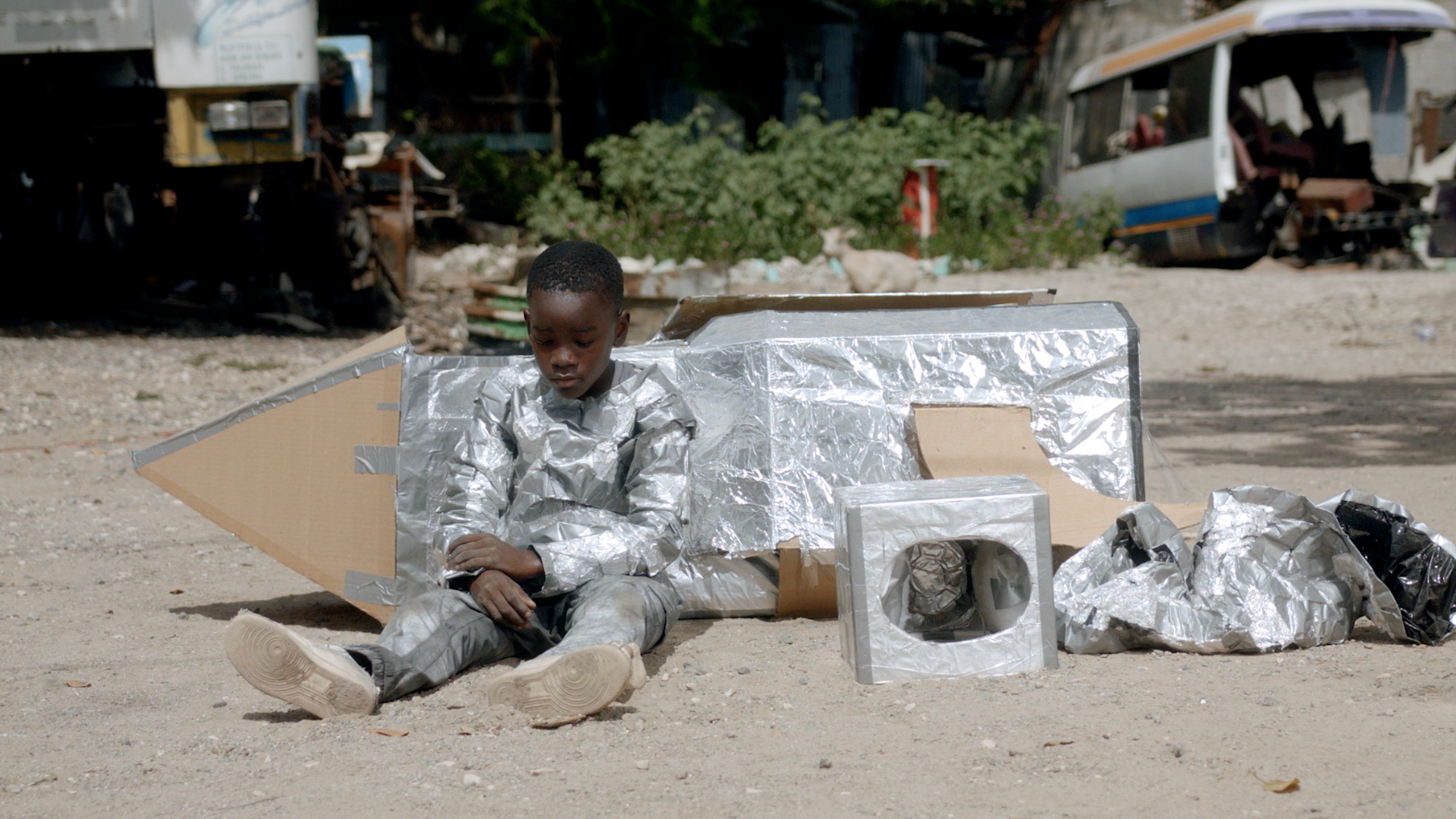 Q: How did you get started in the industry?

A: I come from an advertising background. I am a Copywriter and Creative Director. After years of writing 30 to 60 second ads, I longed to tell longer stories and I figured a short film would be a great steppingstone between TV ads and feature films. I have always loved films and it has been a dream of mine for a long time but the fact that I never went to film school always made me feel ‘not yet ready’ to make that step. When JAFTA Propella, a local script to screen competition to enable more Jamaicans to make short films, was brought to my attention last year, I decided to just go for it. And I am so glad I did. The directing workshop there led by Alrick Brown, along with the reading, YouTubing & Googling I did throughout helped me find a starting point.

Q: What was Flight shot on?

A: Flight was shot on a Black Magic Cinema Camera (BMCC). An A7sii was used for the night action sequences because it’s a good low light camera that can shoot slow motion, which we needed at points.

Q: What did you learn from the whole film making process?

A: I learned that the filmmaking process is far more layered and complex than I would have ever imagined! There are so many moving parts and so many aspects that I would never even have thought of. So much and so many people go into one film. It is a truly collaborative team effort. I’ve learnt that it is an extremely hard but extremely rewarding experience, especially when something that started as an idea, comes to life and can move people around the world.