BAFTA Breakthrough showcases and supports the next generation of creative talent in film, games and television in the UK and now, for the first time in 2019, China.

Breakthrough identifies the most exciting new talent coming up in the film, games and television industries and gives them access to unique career development and mentoring opportunities. BAFTA gives talented individuals bespoke support at their critical ‘breakthrough’ career moment, enabling them to build on their success and ensuring their continued development in their chosen field. Image credit: BAFTA/Felicity McCabe

COCO
After a decade of producing fringe theatre and coordinating seasons for young people at the Hackney Empire, Coco’s first job in the television industry was as a runner on the runaway success that was ITV’s Love Island, on which she learned the ropes of reality and constructed factual TV. After the rush of casting candidates for game show The Getaway Car, she was delighted that her enjoyment of working on Love Island was not just a fluke and that television was definitely her home.

As well as working on The Voice, she became assistant producer on Dancing on Ice and was delighted to be involved in a show that already had a legacy but one whose image she was able to help refresh. The show was pivotal in Coco learning how live TV worked and because the stakes felt higher, so did the reward. She then returned to Love Island as producer on the programme that made her feel so welcome at the beginning of her career.

Coco’s enthusiasm for working in television knows no bounds and although she would like to work in other genres, reality TV is where her heart lies. She feels that it is so relatable because the subjects represent the viewers and that there is always a connection with what they go through on camera, whether they’re making us laugh or cry. Although it’s not necessarily seen as highbrow, Coco admires BAFTA for recognising the significance of reality TV, as she believes the organisation is the pinnacle of British excellence and is thrilled that she has the opportunity to learn from the best in the business. 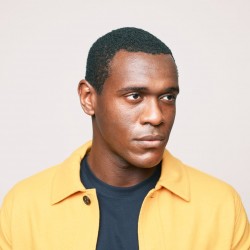 From the age of 16, Abu was determined to be an actor, although he made a pact with himself that if he didn’t get accepted by the National Youth Theatre after his first audition, he would look at doing something else. Luckily, he got in first time and also went on being awarded a scholarship to train at LAMDA. His earliest role in ITV’s The Jury saw him appearing in nothing but his boxers, speaking a language he had to learn on the day – truly a baptism of fire!

From there, Abubakar began to build a career that would showcase not just his talent but also his passion for games. He found his inspiration, not through films or TV but in the gorgeous storytelling of games like Warcraft, The Legend of Zelda and Kingdom Hearts, so being cast as the lead in the Assassin’s Creed: Origins gaming series, not only providing the voice but working with motion capture, was a dream come true. It also earned him a BAFTA nomination.

Abubakar has since starred in a string of TV series, from Jamestown, which taught him about longevity and the importance of doing justice to a story about slavery, to the Icelandic-set thriller, Fortitude. His latest project is Raised by Wolves, helmed by Sir Ridley Scott, where he learned the craft of being a lead in a TV show with an American environment. Through BAFTA, he has already made lifelong friends and is excited about what else he can learn with BAFTA’s support. 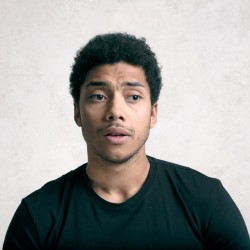 Chance was determined to be an actor from the age of two, once he saw how much fun the children on Barney were having. Growing up, he observed the greats, developing a philosophy around the craft of acting. He got involved in the National Youth Theatre before going part time to the IDSA and for a brief period after that, took up a law degree before being offered a role in CBBC’s Hettyfeather.

Chance’s decision to stick with acting paid off and soon after, he starred in the tragic, true life story of Jerome Rogers in BBC3’s Killed by my Debt. For him, acting isn’t about going completely down the Daniel Day Lewis route of method acting but he is keen to get to a state where he can understand the plight of his characters, even if he doesn’t necessarily relate to them. Working on a character-driven drama was an incredible process for Chance and immediately after, he landed a role in the US series, Chilling Adventures of Sabrina.

Chance has always tried to utilise every asset around him to help hone his career and hopes to continue this with all the resources that BAFTA has to offer. He has so much gratitude for the opportunities he has already received from BAFTA, including his Lead Actor nomination in 2019, and looks forward to his year ahead as a Breakthrough Brit.