HERO: Inspired by the Extraordinary Life and Times of Mr. Ulric Cross a film by Frances-Anne Solomon is among winners of the Africa Movie Academy Awards, which was held on Sunday, October 27, 2019, at the Landmark Event Centre in Nigeria. Winning in the Best Diaspora Narrative Feature category Hero (Trinidad and Tobago/Canada) was announced the winner. Nine Nights by British filmmaker Veronica Mckenzie was also nominated in this category. This is the 15th year of the Africa Movie Academy Awards.

“We are grateful for this recognition from the AMAA jury of HERO’s significance in the canon of African Diasporic film and for audiences around the world. We hope that this will be the first of many awards recognising the importance of our global stories.”

International programmer of Pan African cinema June Givanni, who sits on international Jury for the AMAA awards commented on why Hero won:

“As a curator, as someone who has been working with Pan-African cinema for a number of years — on the African continent, in the Caribbean, England and in North America —  it is really important, because it brings both the factual aspects of this important story and time, together with a dramatic presentation, and knits them together intricately.  It has both a dramatic impact and an impact that carries with it a significant amount of information for audiences.  To be honest I cant think of many films that have done this and that do this —   For me as a curator, its a gold mine and I congratulate Frances-Anne and everyone who was involved in it.” 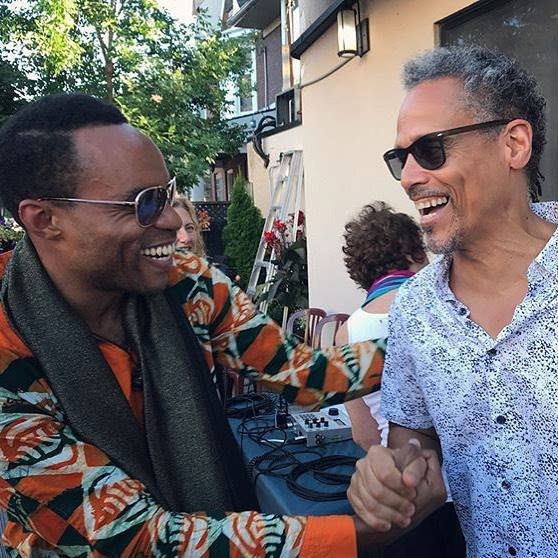 The Africa Movie Academy Awards, popularly known as AMAA and The AMA Awards, are presented annually to recognize excellence among professionals working in, or non-African professionals who have contributed to, the African film industry. It was founded by Peace Anyiam-Osigwe and is run through the Africa Film Academy. The awards are aimed at honouring and promoting excellence in the African movie industry as well as uniting the African continent through arts and culture. The Awards are widely considered to be Africa’s most important film event and the most prestigious film award in Africa.

Director Frances-Anne and lead actor Nickolai Salcedo are currently in the UK for the film’s nationwide tour, joined by Richard Finch, Mr. Cross’ son for some screenings.