Actress Mina Andala, has appeared in The Living, The Dead and The Fried Fish (National Theatre Portugal many stage and screen roles in Portugal, she plays the lead in “All the women that thought they were mad” the exploration of the forces that collide and conspire against black women living in contemporary Britain today. Other credits include: Richard III (Algarve Theatre Company), and Kiss Kiss (Fabrica do Ingles). Her television credits include Carnival Row, A Única Mulher, , Submersos, Laços de Sangue, , Olhos nos Olhos, Vip Manicure, Os Jika da Lapa, Santos da Casa, Inspector Max, O Meu Sósia E Eu and Ganância; and for film, Gabriel, Pilgrimage, Yvonne Kane, América, Retornos, The Fascination and The Woman Who Believed She Was President of the United States.

“Yes, I think we are slowly starting to see these stories making it into the wider community and media rather than seen as minority stories. I think this is also reflected in the audiences which come to see our performances. Something is shifting, people now want to hear what black women have to say, we can’t ignore their voices anymore”. Mina Andala

ALT: Explain the title “for all the women that thought they were mad”?

As a society when we don’t know how or don’t want to deal with the distress and emotional pain endured by some of us, we prefer to label this as madness, mental illness or derangement because this also validates the need to medicalise or section those people in order for us to feel safe and protected from them. Pain and mental suffering are everywhere but this is still pretty much a taboo in our society. We don’t want it close to us, we don’t want to talk about it. Sadly, it is much easier to prescribe pills than to listen to what people have to say about what they are feeling. We could all definitely do a lot more for these people in our communities.

ALT: Who is your character?

I play Joy, an African career-woman in London who has spent her whole life climbing the career ladder, she’s smart, charming, ambitious, hardworking and extremely competent. After ten years in a big company she’s finally up for a big promotion.

ALT: What are the main themes to play?

The invisibility and loneliness of black women and all the trauma and mental health impact it has on their lives in Britain. Other parallel themes would be the over/under medicalisation of black women, post-partum depression, colonialism and misogynism.

ALT: Did you get to work with Zawe: what was that like with her wearing the writer/director hat?

As Zawe herself was performing in New York we had limited direct interaction with her, however I know that she was in continuous dialogue with Jo so indirectly we have had a lot of input from her in the form of support and encouragement. We also had a Skype conversation directly with Zawe where we could ask questions and she gave us invaluable insights into what motivated her to write the play which I felt enriched me in my ability to portray Joy. 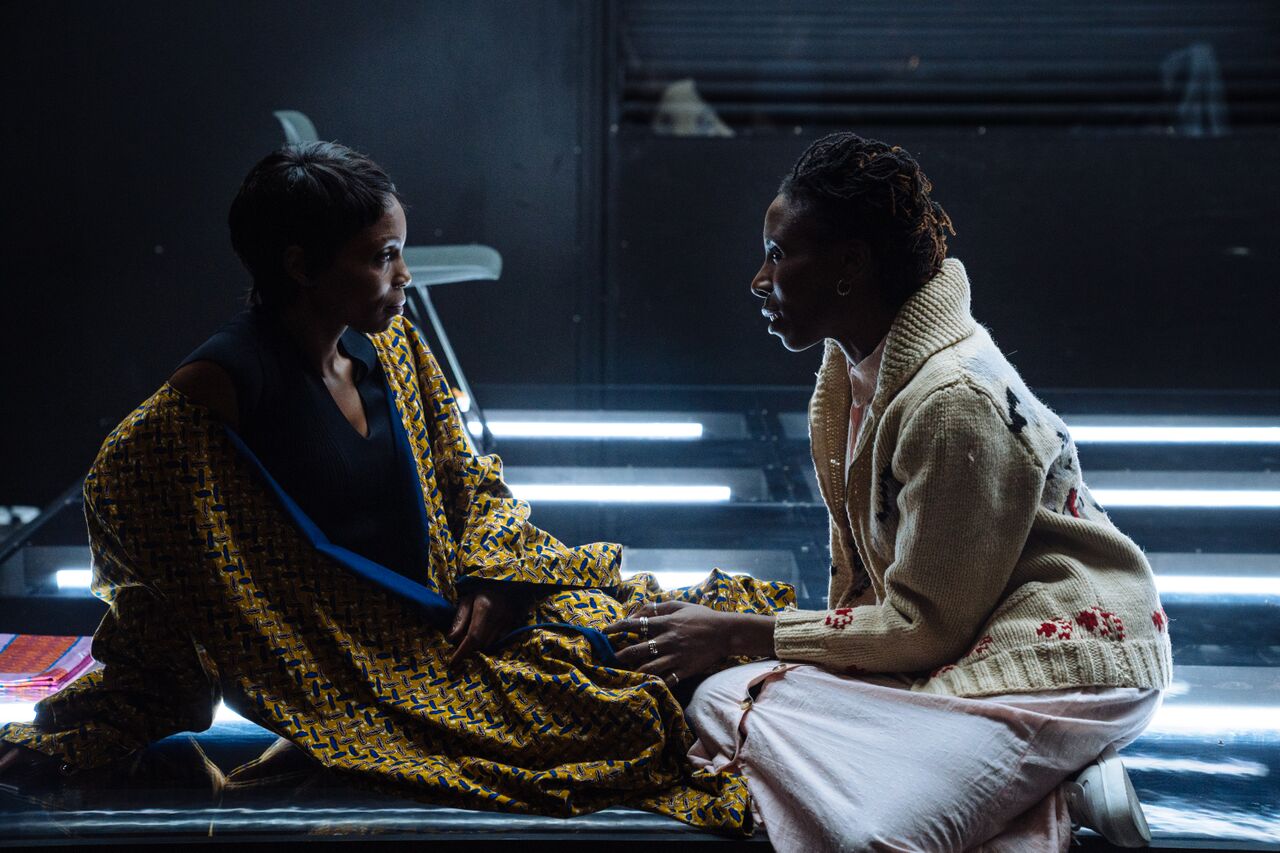 ALT: Do you think that Black women’s stories are starting to be heard amongst the female stories?

Yes, I think we are slowly starting to see these stories making it into the wider community and media rather than seen as minority stories. I think this is also reflected in the audiences which come to see our performances. Something is shifting, people now want to hear what black women have to say, we can’t ignore their voices anymore. We exist. Undoubtedly the contribution of a new generation of playwriters like Zawe that are brave enough to give these women an eloquent and truthful voice is certainly a major factor in this change.

ALT: What was the challenges to this performance?

The main challenge was to honour the title of the play. My character, Joy is a woman who is under significant pressure, she wants to succeed in a professional environment, that’s sometimes hostile and cruel to “women like her” and that somehow isolates her from her family and community. Joy could be our sister, daughter, wife or colleague, a brilliant woman, young and full of life that at a certain point in her life becomes overwhelmed by all the things that life throws at her and can’t cope anymore. Right from the beginning of rehearsals Jo made it clear that Joy’s story wasn’t about a mad woman but about one in huge distress, it is about love and reconnecting.

ALT: When you get a new script what excites you, what did you like about this script?

I read the script in one go when I received it and I was mesmerised by not only the way it was written but also the content with the events and people portrayed. I thought for all the women who thought they were   Mad was huge, uncompromising and fierce. I immediately related to Joy, as a woman of African descent born in Portugal, some of her trials and tribulations are mine as well.

“What makes a grown woman jump?” was the question in the play that I was left with.

ALT: When did you start acting and did you go down the professional drama training route?

There is a bit of a story here because I actually never set out to act. I wanted to direct and preferably in film. However, because I didn’t get my application in on time for the film directing course, I ended up studying theatre instead and discovered my love for acting. My first role was in a Portuguese TV comedy called ‘Programa da Maria’ alongside the most extraordinary Portuguese actress called Maria Rueff, this was back in in 2001 and since then I have done a lot of TV and Film work in Portugal, but more recently been in international productions such as Carnival Row.

ALT: Who inspires you within the creative place?

There are of course many actors and directors that I admire for their incredible performances however I think that in this industry the people that quite often are overlooked are the ones that make everything happen, such as all the staff backstage, amazing creative forces helping to produce and ensure that the audience get a great experience with every performance. I get inspired by seeing these people help create an artistic product that give the audience a truthful experience with every performance.

ALT: Why should people see this play?

I believe that anyone who watches this play will find something they can relate to, irrespective of gender and ethnicity. As Joy so beautifully puts it, it is a beautiful African piece of storytelling set in London. A tribute to all the women “who swam those troubled waters.”

“All the women that thought they were mad runs until Nov 9th at Hackney Showroom at Stoke Newington Town Hall.”