New to Ladbroke Grove, is Topia, a solo show by London-based Artist Adébayo Bolaji. Bolaji’s work is led by his earnest curiosity, constantly challenging his ideas before turning his questions towards the viewer. Themes such as the birth of social media, the selfie, Brexit, gender debates, climate change and celebrity presidents, help drive this eye-catching solo show, which consists of new works that invite the viewer to consider the many different worlds that exist in today’s contemporary society and how the need for reinvention has created hope but also unease. 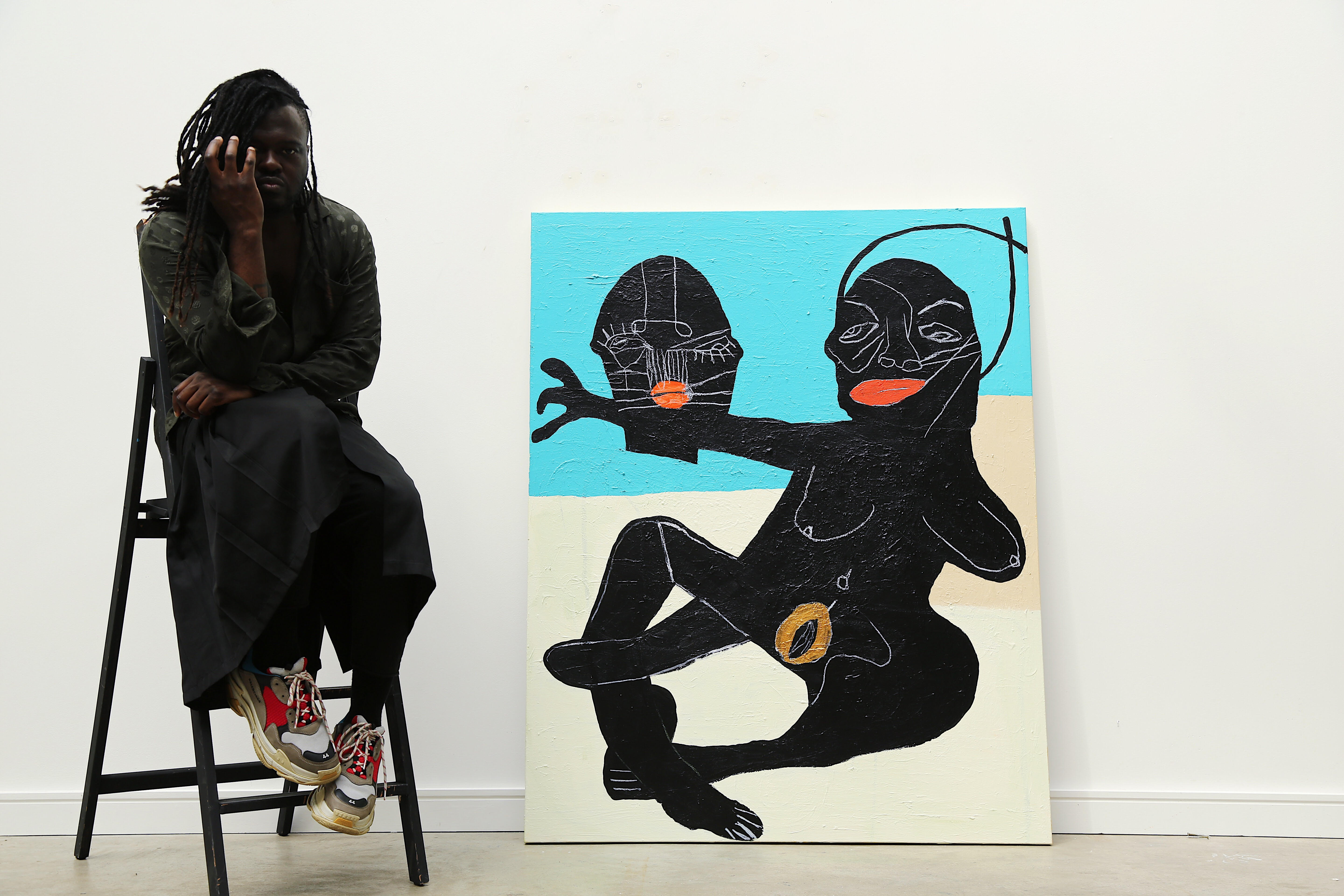 In addition to Bolaji’s signature colour-driven paintings, the exhibition will premier his new film POEM 4, which centers on a young Instagram model navigating her way through social media concepts of reality, whilst questioning our ideas of control and identity. This immersive exhibition will transform the gallery space into a secret cinema of reality where figurative painting expresses classical storytelling motifs fused with ideas from West African folklore and western theatre – all parts of Bolaji’s own past.

Sigmund Freud cited play as a means of healing: it allows for the expression and reconciliation of unconscious emotions and anxieties. This is an apt metaphor for Bolaji’s paintings, which he describes as a form of psychoanalysis: where colourful, animated canvases unfold organically from within. His fundamental process can be characterised as a liberating play, utilising his instinctual choice of colour and his emphasis on following and trusting the line.

Bolaji enjoys engaging with both ritualistic and mystical imagery; depicting struggles both internal and external between the old and new.  The images act as metaphors for the conflict we all experience whilst establishing our own emotional identities.  The use of the same vibrant language is a constant element narrating a different story within each painting, each looking inward in order to comment on the external world. The artist questions if his cathartic practice can provide a therapeutic function for both himself and his audience. Thursday 20th Sept until 20th October 2019. More info: http://serenamorton.com/exhibitions