“Do you enjoy sprinkling sand in my garri, hm? Stop p—–ing on my dreams! I could be discovered down Ridley road market tomorrow! Nigeria Lawson”.

Femi Elufowoju jr.’s Hoard arrives at the Arcola set on the streets of Dalston, fantastically funny and original storytelling by writer and journalist Bim Adewunmi. If you want to watch a well written and a funny play, if you want a great night at the theatre then Hoard at the Arcola is all that.
The play opens with Estelle Daniel’s Ami dreaming of being “Nigeria Lawson” as she plans her dinner party with sister Rafi. (all photos photos Lidia Crisafulli) 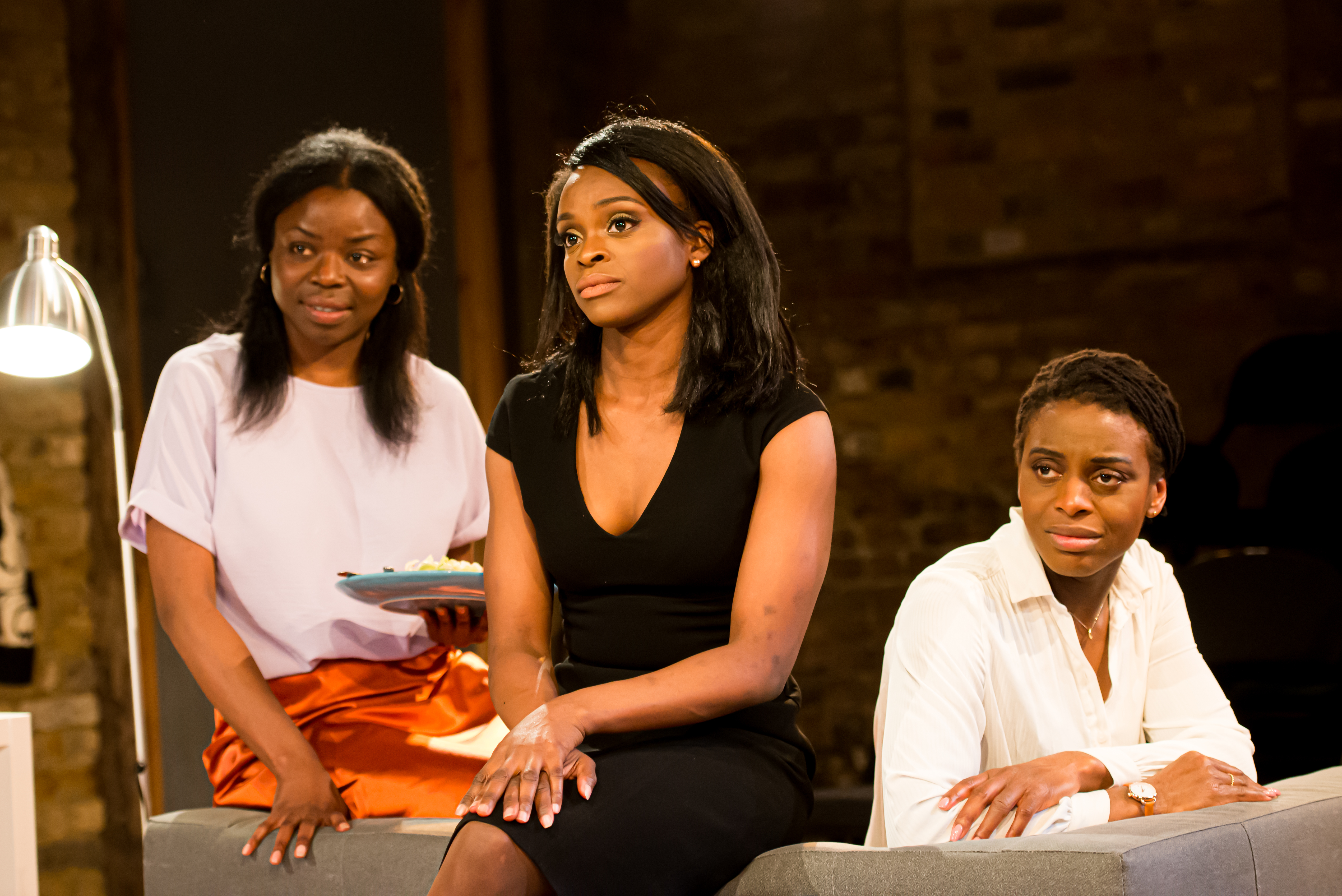 Adewunmi’s script explores the semi-dysfunctions that all families endure laid out with more than a touch of humour. It all starts with Kemi Duosinmi’s Bili Bakare and Tyler Fayose’s Brian attending their sister’s Elizabeth Ita’s Rafi’s dinner party when they find themselves in the “firing line” as “mother turns up” aka Wura arrives with her fur coat, big wig and a bag full of handbags and other things. 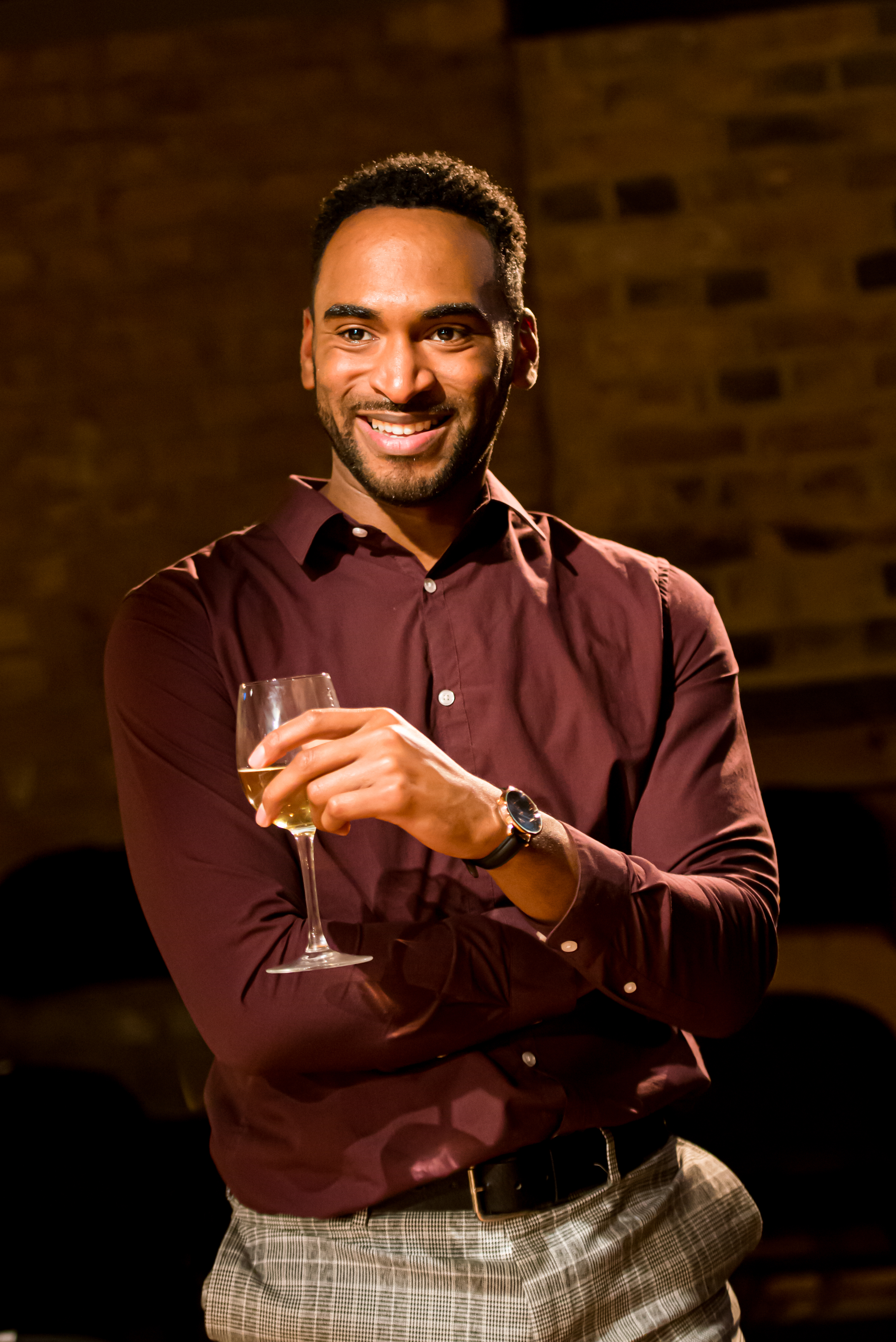 Ellen Thomas delivers Wura Bakare in her element, strong, ice-cool but spot on comedic timing. She is taking no prisoners as the play examines the relationship, she has with her three daughters. She wants to know why Bili is hiding Tyler Fayose’s Brian and the drama begins as all the other family issues broil, like the contentious relationship that Wura has with Rafi, begging the question, why Rafi finds it hard to let go and is so focused on her mother’s life. And we find out why it is called Hoard.
Brian is caught in the crossfire and is banished to the kitchen to make the tea. It goes without saying the women rule this roost, but Tyler Fayose’s Brian holds his own.

Writer Adewunmi says she “wanted to tell the story because the richness of our stories has not always been allowed to exist in public spaces for public consumption”.

The set is a simple dining room/front room with a table quite modern, the cast have real food which they eat adding to the authenticity. Directed by Femi Elufowoju jr. this is a job well done. A stellar cast that includes: Ellen Thomas, Emmanuella Cole, Tyler Fayose, Elizabeth Ita and Kemi Duosinmi. Hats off to actress Estella Daniels who stepped into the role of Ami at the 11th hour. Hoard is at the Arcola Theatre until 8th June.