In 2017 Get Out, Jordan Peele’s smash hit horror become the movie of the year, stacking up massive profits at the box-office and dubbed the indie sweetheart of the award season. His follow up Us has just opened in the UK starring Lupita Nyong’o and Winston Duke. Us sees Peele teaming up with Jason Blum the horror producing powerhouse for his latest creep fest which will leave you at the edge of your seat. Duke and Nyong’o star as a middle class couple taking their family on vacation to Santa Cruz. But things take a blood curdling turn for the worst as a mysterious family break into their holiday home, the twist is the intruders turn out to be the family’s exact doubles. “It’s us” is uttered by teen daughter Zora (Shahadi Wright Joseph) as the family confront their worst nightmare.  (Images courtesy of Universal Pictures) 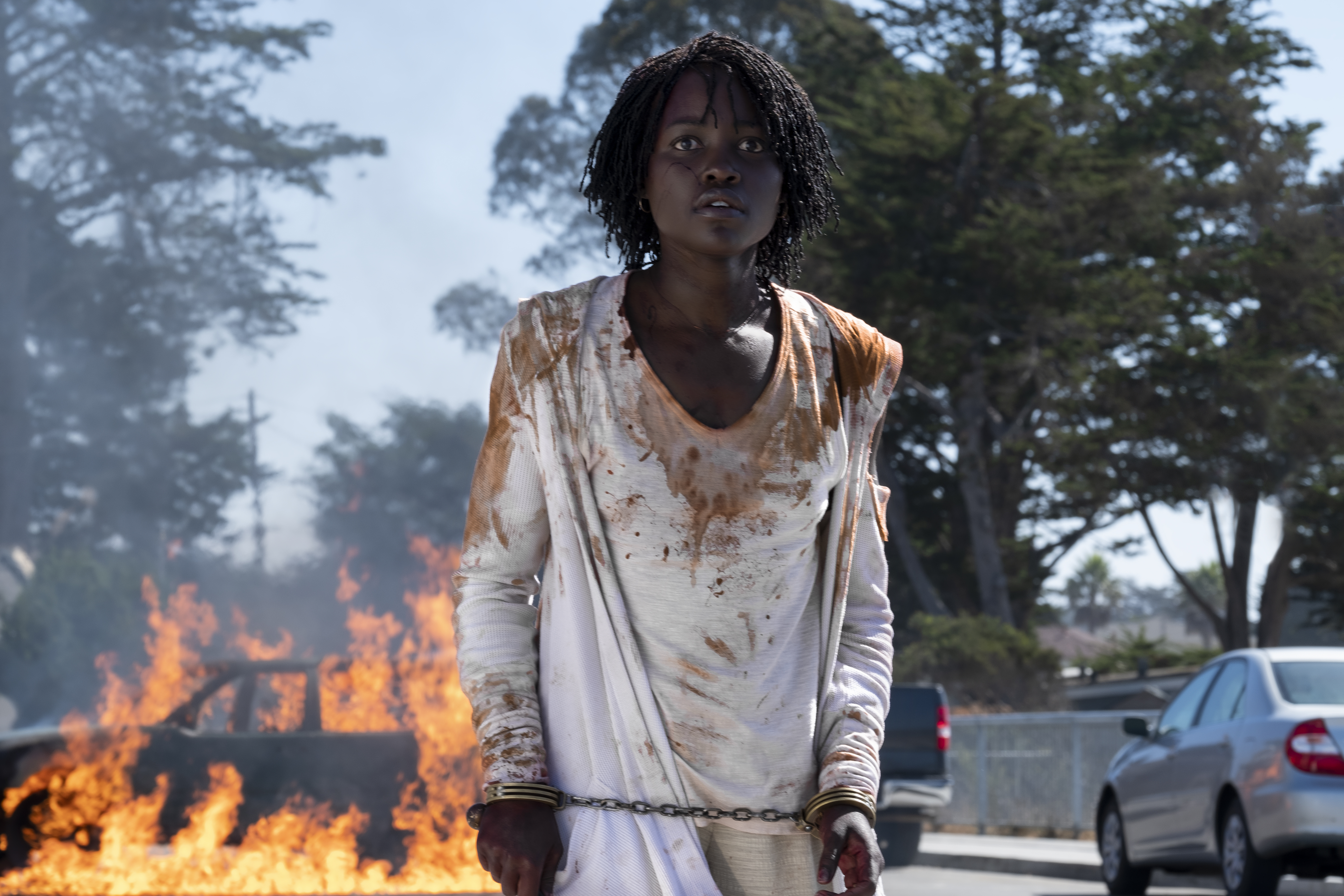 Peele told a press conference why he likes the horror  genre “besides the fact that I just love horror films, the analytical answer is it helps me deal with my fear, why I think horror is important is because it helps us do that collectively”.

“Get Out” earned back over 50 times it $5 million budget at the box office breaking down barriers worldwide including the Oscars, nominated for best picture, best director and best actor, Peele took home the award for best original screenplay becoming the first ever African American winner of that category in the whole of history of the Oscars.

Talking about Us, Peele stated “reality is always the tone what I am going for, you a take crazy situation, you have doppelgängers in your house and you have to play it like it is real”. Superbly acted Adelaide (N’yongo) is haunted by a traumatic experience from childhood fast forward thirty years and she is back in the same place, her concerns increase that something bad is going to happen. What follows is an edge of your seat cinematic journey, with this inventive piece from Peele.

According to Peele he was trying to channel a “Hitchcock vibe”, the director who made his name on American TV was met with skepticism by hardcore horror fans before Get Out. Having proved he is no sophomore with Get Out, Us is a very scary, sometimes funny, a conversation piece with perhaps a social message that sometimes the biggest enemy we have is ourselves maybe but Peele allows the audience to decide. At best the scenes will scare you, with Michael Abels’s score magnifying each element of Peele’s chilling script. Directed and written by Jordan Peele. Cast include:  Lupita Nyong’o, Winston Duke, Evan Alex, Shahadi Wright Joseph, Elisabeth Moss, Tim Heidecker, Madison Curry, Anna Diop,  Anne-Marie Olsen, Jessica Rubinstein.