Talking to Winsome Pinnock ahead of Passages: A Windrush Celebration at Royal Court

History is not something that makes itself we make history!! And the Shakespeare’s Globe has just made history with its all women, all women of colour production of Richard II. The play which comes to a major London stage on the advent of International Women’s Day is Artistic Director Michelle Terry’s vision of colour-blind casting and addressing the gender imbalance, the result is Adjoa Andoh’s and Lynette Linton’s co-direction of Richard II, bringing undiluted Shakespeare performed by accomplished and veteran actors not afraid of the text. 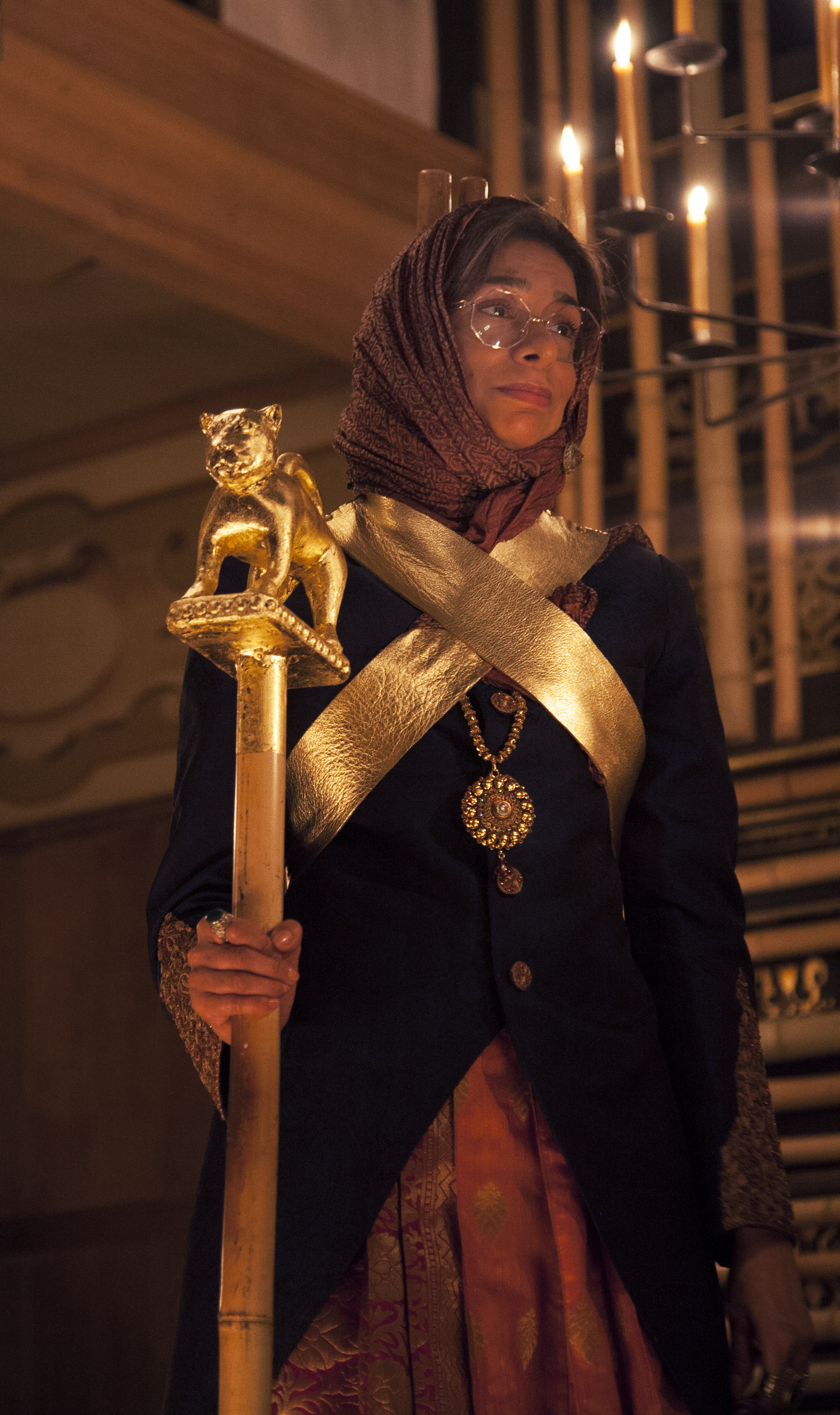 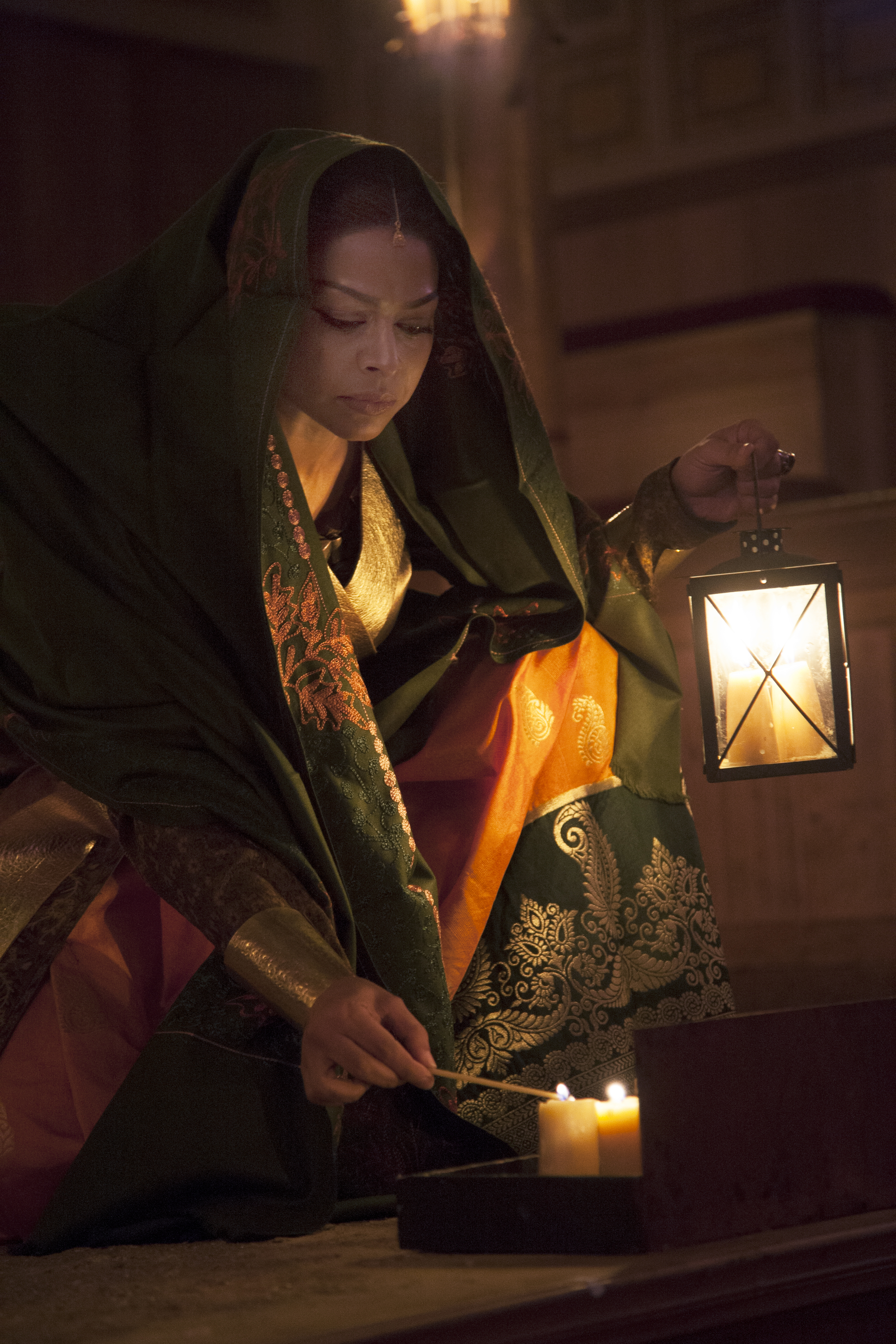 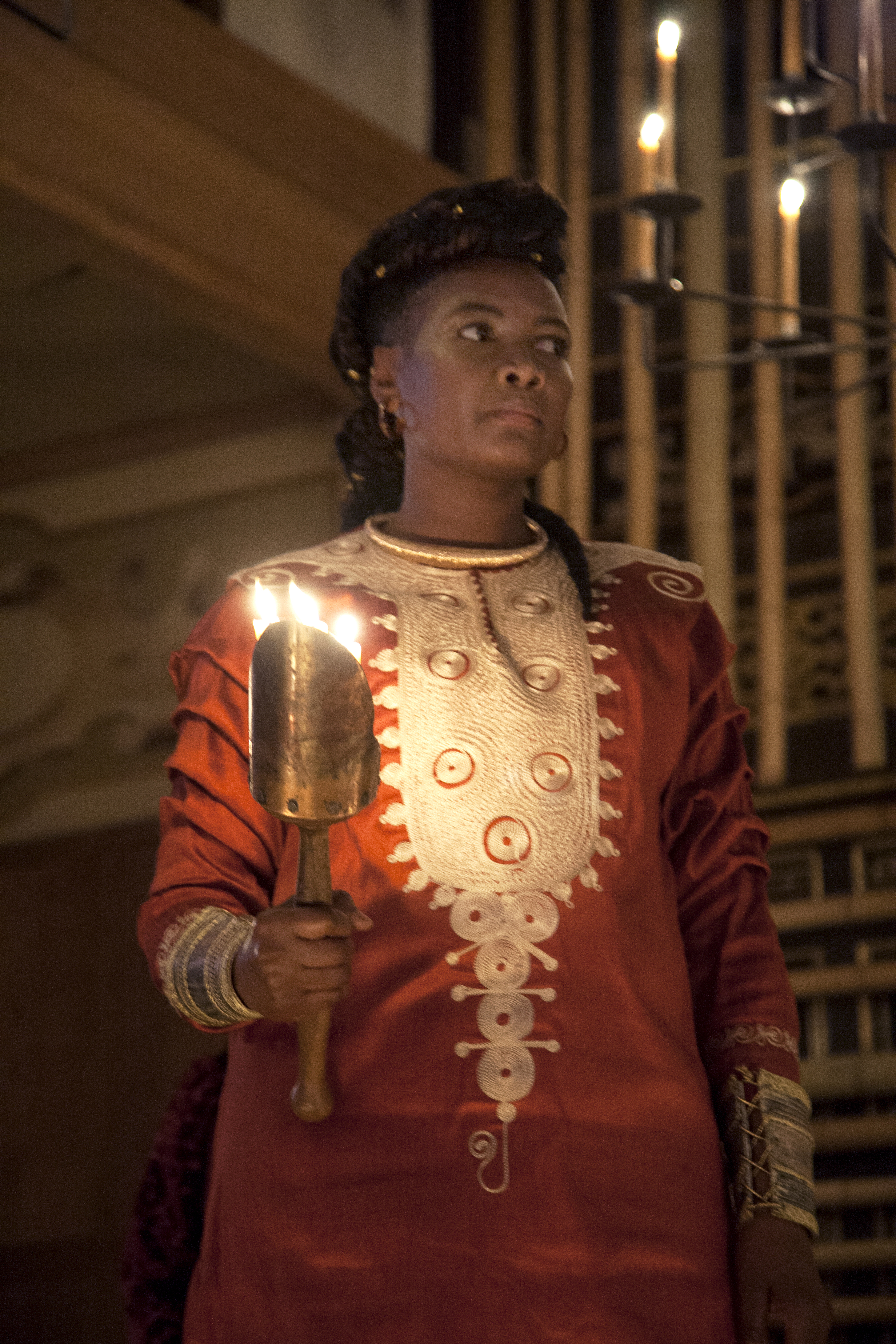 So, for Richard II newbies here is some history. The earliest recorded performance was on 9 December 1595 and the first performance at the Globe theatre on 7 Feb. 1601 more than 400 hundred years ago. Written around 1595, Richard II is the first play in William Shakespeare’s “second tetralogy”, a group of four history plays that include Henry IV Part 1, Henry IV Part 2, and Henry V. In the play Richard II has 25 characters of which only three are women, this includes the unnamed queen of King Richard, ..the unnamed Queen of Richard?  How times are changing with this production at the Globe alongside the casting behind the scenes the production crew are female.

Andoh’s Richard II is gauntlet and forceful and a superb, an uncompromising, cold hearted King who has no time for the sycophants that surround him at his pending downfall. With a little bit of tomfoolery, crown in hand, Andoh’s Richard II’s mockery of Bolingbroke “here, cousin, seize the crown” is spot on adding a bit of joviality to the character. This is not the first time Andoh has taken on a male Shakespeare character she played Casca in Julius Caesar at the Bridge.  In Richard II she owns the stage.

Equally the performances of Sarah Niles as Bolingbroke and power mad Indra Ové’s Northumberland are notable. Niles’s Bolingbroke is believable and Shobna Gulati’s Duke of York, provides a bit of light laughter at times when the scenes are intense.

After the excitement of the moment (all women of colour) you are absorbed by a powerful stage play and sit back to enjoy one of the many great works of Shakespeare. This is Shakespeare in its entirety, nicely polished down to just over two hours. 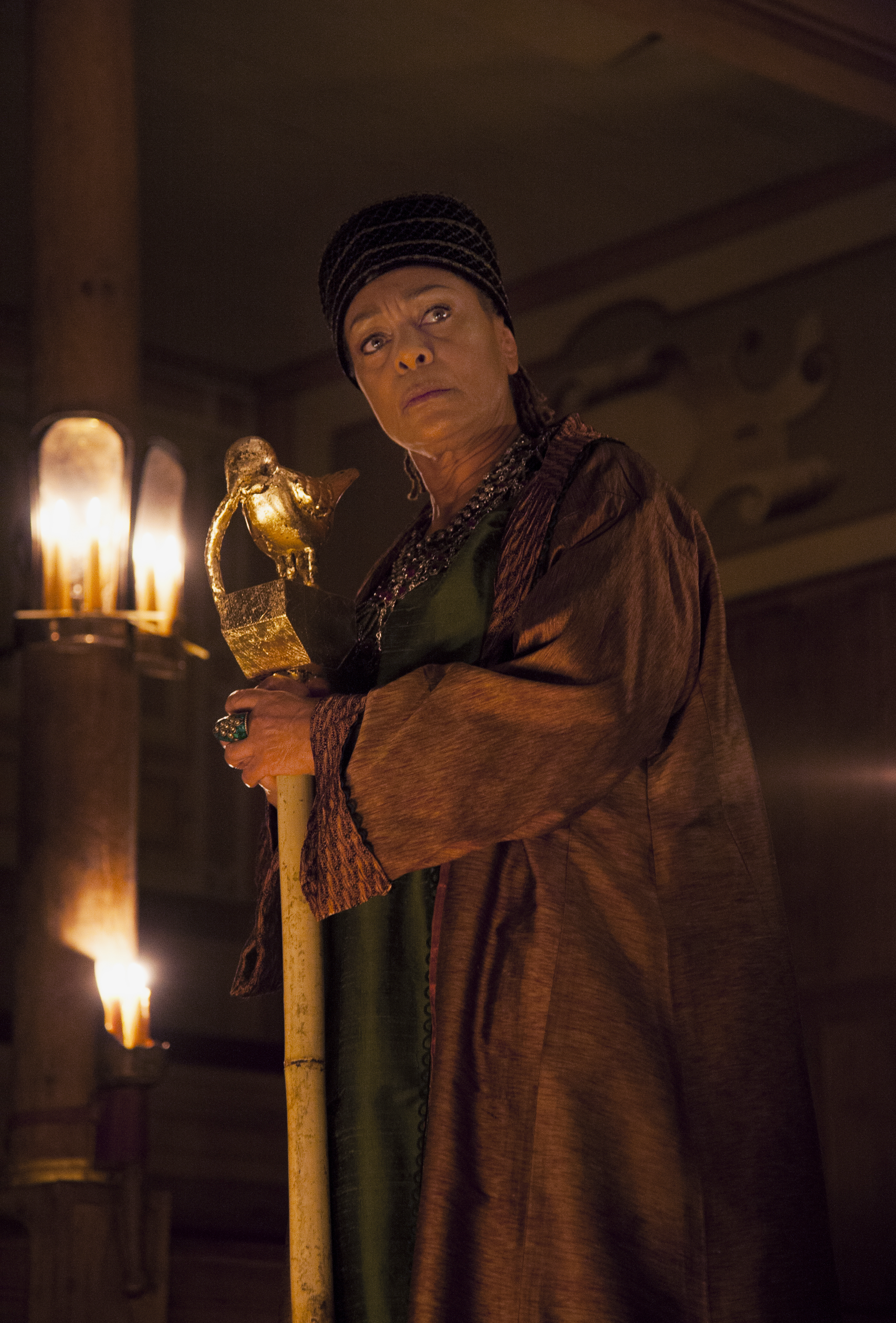 The play does not pander to any political agenda the politics is “the all women the all women of colour on the stage in 2019” as Andoh said eloquently when we interviewed her in February. Undeniably this IS a play about politics Richard II has blood on his hand and with his fall from power and mismanagement of power one cannot ignore how timely and relevant it is and when John of Gaunt (Dona Croll) delivers “that England that was wont to conquer others Hath made a shameful conquest of itself” speech, the audience understand and respond. The parallels to modern issues and our on-going global identity crisis are not difficult to draw.

Rianna Azoro’s costumes and Rajha Shakiry’s set design are impeccable, the set is bathed in Wannamaker signature candlelight, a fortress created with Bamboo and the adornment of  photographs printed on cloth reflecting the company’s ancestral make up. Again, the costumes of the cast unmistakably uniform are designs inspired by clothing from Africa, Middle East, West Indies and the far East cleverly done they do not form any distraction.

So, who is this production for? Well it is for fans of Shakespeare’s, for schools, for the “women’s movement”, for dramatist, for those who believe in equality for women of colour, all women of colour as everything is not just black and white, as the casting shows. In the programme Bernardine Evaristo and Delia Jarrett-Macauley talk about the resistance to cross-casting and the still limited opportunities to actors of colour to get major parts in Shakespeare. We hope that Richard II at the Shakespeare’s Globe might contribute to a new “school of thought” however small. Linton’s and Andoh’s Richard II is worth seeing for all the above reasons, with these two women at the helm it is kinda of what it says on the tin, “powerful, powerful and powerful”.

Richard II is on at the Shakespeare’s Globe until – 21 April 2019 at Sam Wanamaker Playhouse: BOOK HERE

If you like this or any of the other content we have on www,alt-africa.com please support us by sharing and don’t forget to mention when booking where you saw the production.