News: London’s creative sector has failed to diversify – how can we change that?

OBIE winning actress Shyko Amos joined the cast of Death in Paradise in series 8,  as the niece of Commissioner Selwyn. Fans of the show would have seen the departure of Danny John-Jules. Amos’s previous credits include: Tell You Something (2015), One Small Step for Melvin (2014) and 3-C (Three-C) (2012). She has an MA in Musical Theatre from The Guildford School of Acting, and is a graduate of the  Acting program at William Esper Studios in New York. She also studied at the prestigious National Youth Music Theatre of Great Britain. Amos talks to Alt A about, her character Ruby, working with Don Warrington, and filming in Saint Marie as Death in Paradise Series 8 goes on DVD release, now available on Amazon. 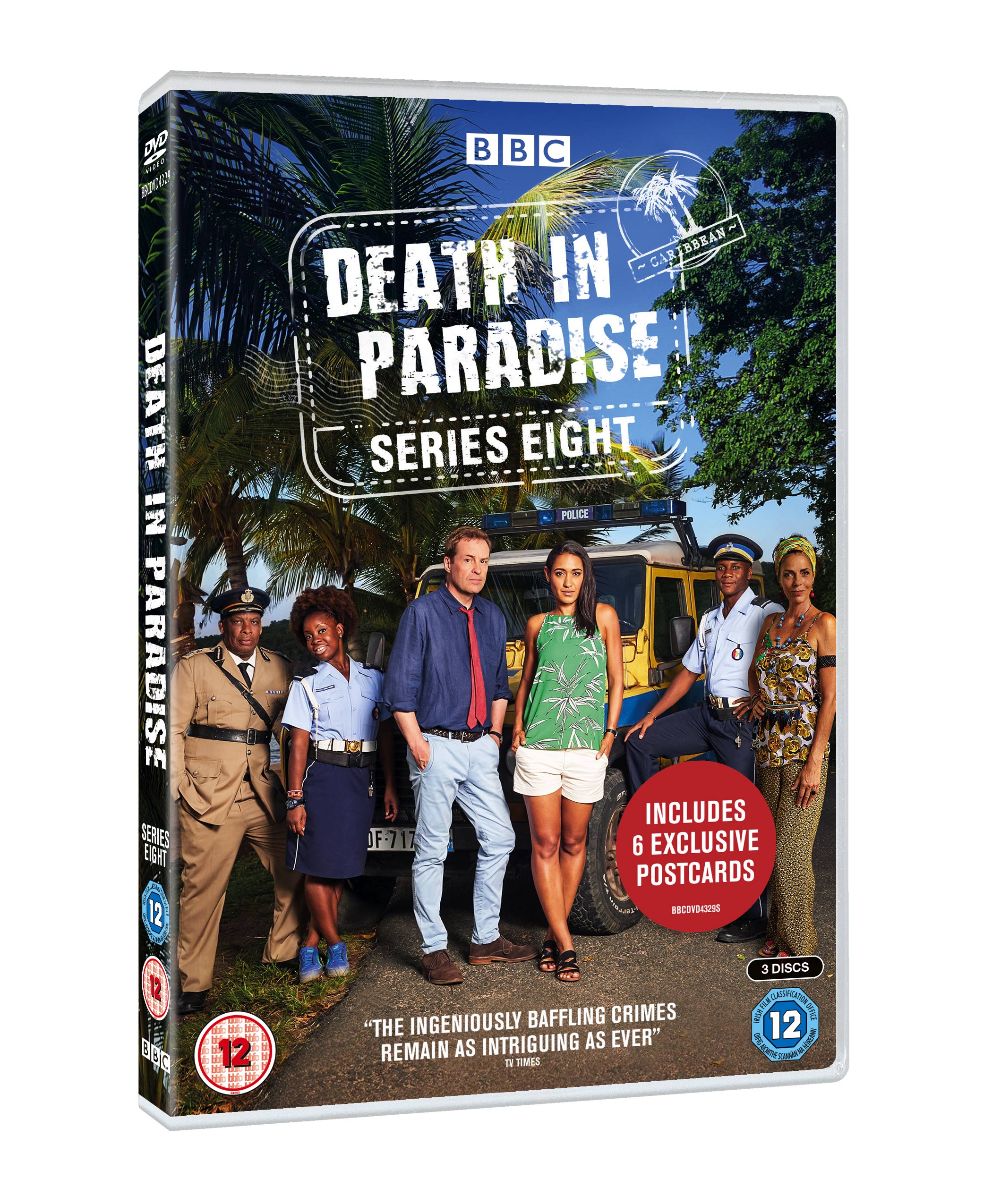 Alt A: Tell us about Ruby’s motivation?

Shyko: Okay, well to be honest, Ruby’s main motivation I think when you meet her in this series is you know to have fun she’s a very uncomplicated person and she’s grown up on the island her whole life. Her uncle is the Commissioner and  she’s one of those Caribbean girls that you know come from a certain status and privilege. So, she’s you know she’s bright she’s gone to school and all of those things. But she doesn’t necessarily have a direction, but she has done a lot of different jobs,  she just has fun and it gets to the point where her uncle  says that you know its time to find thing, that calling, that passion of yours. She goes to Police school and you know he works his magic and she gets the job at Saint Marie, that’s really where you find her in the series?

Shyko: The thing that resonates with me about Ruby is the joy. I feel like she’s a character that you know I decided that I wanted her to be the purest essence of joy and fun on a television. And to have  a young black girl that is just innocent and fun and everything that she does genuinely comes from that place. I thought that would be something different to see on screen. So, for me what resonates with me is her sense of fun and sense of joy. Those are the two things that I think I can really relate to her in that way.

Shyko:  It’s amazing actually there is only four of us, we are quite tight you know, the series regulars and everyone’s been really supportive and kind to me since I’ve been there. You know Tobi (Bakare) is the jokester of the pack he makes us laugh and Ardal (O’Hanlon) has children, he has two daughters. So, he’s very much taken a father role, he takes care of me and makes sure I’m okay and we have like an 80 strong team on the island to make Death in Paradise. So, you know everyone really does become your family when you’re there.

AA: What’s it like working with the legendary Don Warrington who plays your uncle on the show?

Shyko: Pretty amazing. I mean I first met him on my audition. I was nervous when I went to meet but actually he is I guess it is what you would think it would be like to work with a legend. He’s an amazing actor and he is so generous with that he helped me be more creative with Ruby. When we did our first few scene together  you know I was being quite polite as an actor, like this is Don Warrington. But he was like no, no you know you’re my niece, so you get to treat me differently to how everyone else does. Which gave me the permission to be free and relax into the character.

AA: Before you joined Death in Paradise were you a fan of the show, what makes it so popular?

Shyko I think that the show is popular because it’s one of the few programs left that is light entertainment. And I think that most things on TV are still quite gritty and hard hitting and edgy. And that is not what Death in Paradise does it is a drama and our guest actor provide that. And it’s also light entertainment  which means it is a family show. And it appeals to the masses because you  know we film it in this beautiful location, but it comes on in January.  People like to watch it just to get that sense of you know being somewhere different, it’s escapism television. And I think that’s why we do have so many fans and it’s very popular. I think it covers a wide range of people from the very young to the very old. I suppose it takes you back home to whatever version back home is for you.

AA: You mentioned the location what is it like filming on the French-Caribbean island of Guadeloupe?

Shyko: So, we film 11 hours a day and we are on set all the time.  I guess what is different about this set is we don’t really have indoor settings as such, we are always either on  a beach or in a forest.we are always outside. One of the hardest thing of filming death in Paradise is we are really up against the elements, it is hot. When I first got here I watched previous cast members say it is really hot and I remember saying to my mum that is just the Brits, we were always in a hot country it won’t bother me but no it is really hot. After 6 hours of being in the you are in the heat, and you have the lights and your uniform on, and you are trying not to sweat, and the mosquitoes are attacking you (laughs) it can get full on. On the other side of that it is a pretty dream job, you know we could be in Manchester, I love Manchester but I definitely get really excited to go to the Caribbean for five months.

AA:  What was your first acting job

My first acting job was when I was 14, I did something called War Child at The National Youth Music theatre. I would say you know I did school plays and things before that but that was something on a professional level.

AA: Did you go to Anna Schers, down the conventional drama school route?

No I. So, I went to lots of different dancing school. my throughout my time. I mean I could name all of them, but I guess the ones that people would know about. I went to Sylvia Youngs on the weekend, but it wasn’t just Sylvia Youngs I went to, I did so many different courses but after I finished my politics degree at Queen Mary’s I went to  Guildford school of Acting for a year and then I moved to New York and I did  a two-year acting program.

WIN: We are giving away 3 copies of the Death in Paradise Series 8. To win answer the following question: What is the name of the actor who plays Commissioner Selwyn?

Interested in the attending the Guildford School of Acting check their website to see the  courses available.