“In the last 38 years, when my career began there were virtually no women in double bass sections of the major professional orchestras. That has hardly changed at all. When I graduated from the Royal Academy of Music in 1981 there were absolutely no women at all in the London Symphony Orchestra; it was against their policy to have women.” Chi-chi Nwanoku
Described as “Europe’s first black and minority ethnic orchestra” by the Telegraph in 2015 Chi-chi founded the Chineke! foundation in the same year. The name Chineke! explained derives from the word “Chi” a very important word in Igbo culture (Nigerian) and means God. The word “Neke” means creation, from that the name was born. The former 100-metre sprinter champions the need for diversity in classical music. She commented on what her motivation was for setting up the foundation as, “the glaring lack of representation of Black & minority ethnic (BME) in our orchestras. They currently do not represent our communities.“
Chi-chi discovered the piano at 6 years old and spent so much time playing it at her neighbour’s house that they eventually gave it to her, but she was soon to be discovered by an athletics coach and it was not until an injury at age 18 that she started playing double bass, she studied at the Royal Academy of Music and with Franco Petracchi in Rome.
Now a Professor of Double Bass Historical Studies at the Royal Academy of Music and in 1998 she was made a Fellow. Her 38 year career is not without critical acclaim and she has performed with many of Europe’s leading chamber orchestras and ensembles.
In 2001 Chi-chi was awarded an MBE for services to Music in the Queen’s Birthday honours and in 2017 an OBE for her services to music. 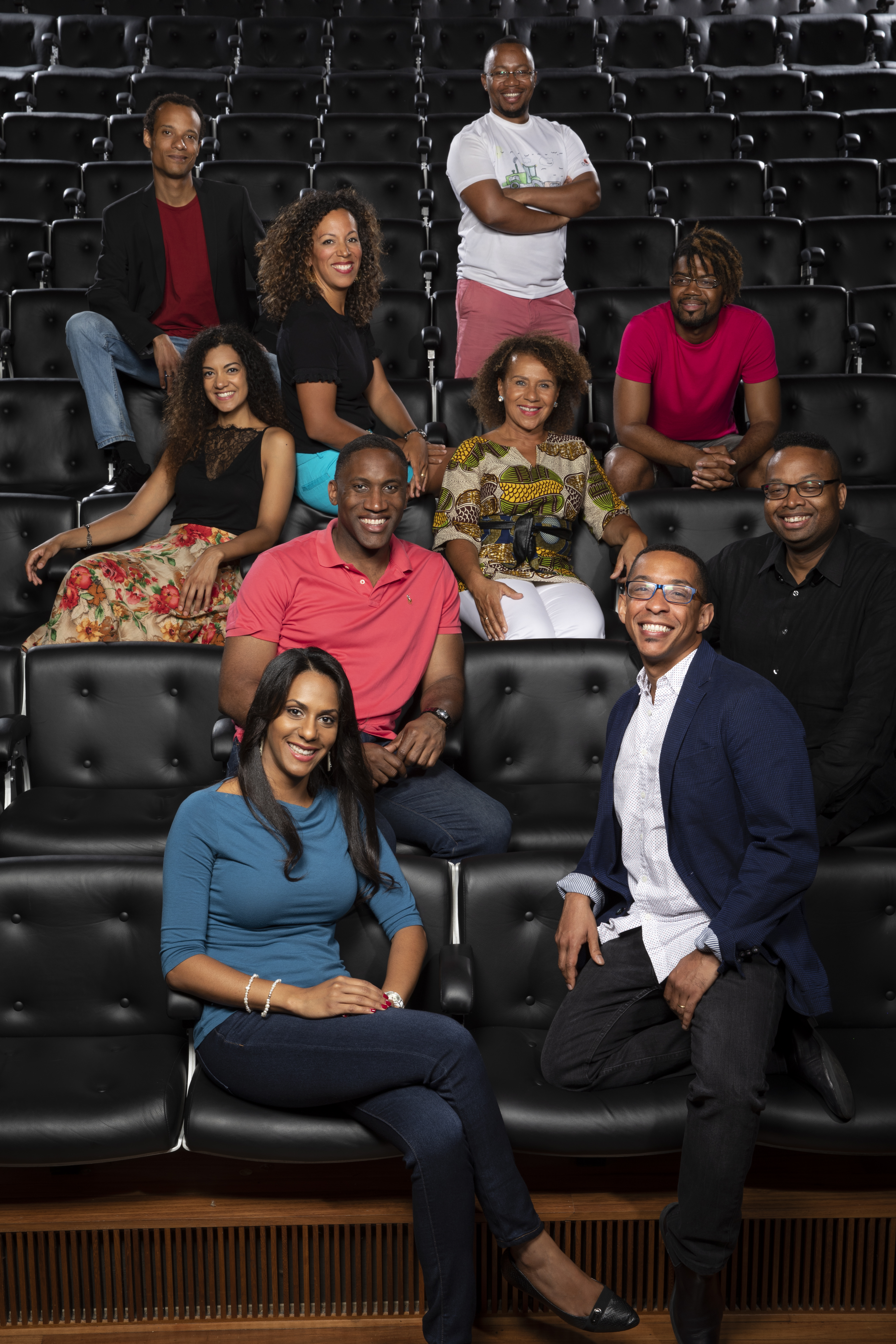 AA: Firstly, I wanted to start at the beginning, when you discovered the piano age six, was the pull strong enough during your career as an athlete to want to pursue music before the accident, tell us a bit about the journey?
My main focus was on my athletics: 100 metre sprinting. Music always held a very strong magnetism for me and was a huge passionate hobby…. until it came to save my life after the accident.
AA:  Can you tell as why you chose classical music and what made you fall in love with the genre?
I had no idea it was called “classical music”. It was just music to me; I absolutely loved learning to read it from the word go in both recorder and piano lessons. It felt natural and inevitable. The way harmonies affected and took hold of my feelings was the reason I was hooked. I was horrified when years later I discovered it was called “classical music” and seemed to reside in some kind of box available to only a small collection of privileged people!
AA:  Can you elaborate on the title of your TEDx talk: Music does not discriminate?
I feel that music itself does not discriminate. It’s the people around it that have tended to do that. It sometimes feels as though those ‘around’ the classical music arena have made it the preserve of the few. Beethoven would turn in his grave if he knew the amount of people who have somehow been excluded or not encouraged to get involved in classical music.
AA:  Let’s talk about the image of classical musical and it’s perception of belonging to a particular sect, since you entered the industry what if any are the changes?

In the last 38 years, when my career began there were virtually no women in double bass sections of the major professional orchestras. That has hardly changed at all. When I graduated from the Royal Academy of Music in 1981 there were absolutely no women at all in the London Symphony Orchestra; it was against their policy to have women. That has changed now.

It is more or less 50-50 in the symphony orchestras now as far as gender is concerned although not well distributed in double bass, brass, timpani and percussion sections unfortunately. I was the first female Principal double bassist in a London Orchestra; The London Mozart Players. I guess that also makes me the first non-white Principal double bass player in any UK orchestra also, probably Europe too, and quite possibly the world.
AA:  What motivated setting up the Chineke! Foundation?
The glaring lack of representation of Black & minority ethnic (BME) in our orchestras. They currently do not represent our communities.
AA:  Tell us about what the foundation does?
Our focus is on shining a light on the enormous talent that exists, yet is not being seen, concerts for the Chineke! Orchestra and the Chineke! Junior Orchestra. The Chineke! Juniors are mentored by professional players from the Chineke! Orchestra. We are also committed to Community Engagement workshops in schools and centres around the UK and abroad.
AA: We were recently lucky enough to see the Kanneh-masons in recital at Milton Court, immediately obvious was the lack of young people in the audience, what can be done to change the mind of that demographic?
One of the wonderful aspects of all of our Chineke! Concerts are the incredible demographics that are diverse. Our concerts always attract a hugely diverse audience that not only includes a variety of ethnicity, but a huge variety of ages. We are extremely proud of this.
AA:  Can you tell us what some of the barriers are to getting into classical music?
It can be expensive. Each child has to have an instrument, that they either own or have on loan. There has to be music on offer to young people at early school ages. Access is key and good, committed teaching. It is also very important to have visible role models and mentors, which is something that Chineke! is proud to be providing in many cases across the country, Europe and the rest of the world.
AA:  Who are your favourite classical musicians of past and present?
I love and am a huge supporter of Joseph Boulogne (Chevalier de Saint Georges), Samuel Coleridge-Taylor, Florence B. Price, Beethoven, Haydn, George Bridgetower, Sibelius, Mozart, Jessye Norman, Sir Simon Rattle.
AA: In your long and accomplished career what would you say are some of the highlights?
The biggest highlight is the moment Chineke! Orchestra walked onto the Queen Elizabeth Hall stage on 13 September 2015. Our Chineke! BBC Proms debut in August 2017, the youngest orchestra in the history on the Proms. Getting an MBE in 2001 and then an OBE in 2017.
AA: What was your first professional performance?
I cannot really remember the first one.
AA:  What are you looking forward to in 2019 in terms of the foundation/your performances, are they any events that we can highlight?
We will be performing a concert on the first Stephen Lawrence Day, at the Queen Elizabeth Hall on 22 April 2019. We will also launch our 3rd album. Chineke!.