Adjoa Andoh and Lynette Linton direct the first ever company of women of colour in a Shakespeare play on a major UK stage, in a post-Empire reflection on what it means to be British in the light of the Windrush anniversary and as we leave the European Union.

As we play our part in defining a nation’s history and we become the shoulders on which future generations will stand, Shakespeare asks us to consider the destiny that we might be shaping for our ‘scepter’d isle’. 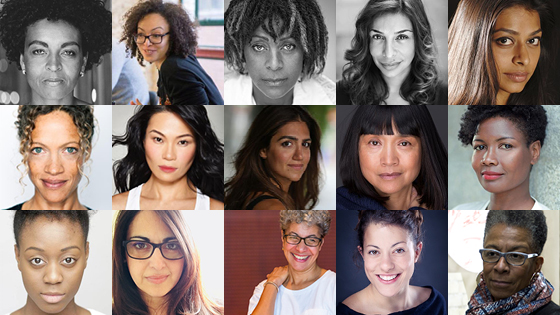 Richard II marks the beginning of a cycle of history plays that will provide a unique opportunity to rediscover how Shakespeare perceived ‘this blessed plot, this earth, this realm, this England’. Our year-long exploration of ‘our scepter’d isle’ will take us on a journey through history via Henry IV, Henry V, Henry VI, and Richard III.

Beset by problems at home and abroad, a capricious king is forced to relinquish his ‘hollow crown’. As his supporters abandon him and his power trickles away, Richard reflects with startling eloquence on the disintegration of his status and identity.

The Ensemble to include:

On the Shoulders of Ghosts runs February – April 2019 and includes Edward II, Richard II and After Edward.