“The Revolution Won’t Be Televised” (2016), is a documentary following the lead up to the 2012 elections in Senegal by Director/ Screenwriter Rama Thiaw. Born to Mauritanian and Senegalese parents Rama lived in Nouakchott until she was 5, before going to Pikine, in the suburb of Dakar, Senegal.

Obtaining a master’s degree in International Economics at the Sorbonne in Paris and later when she realized her interest in film she studied for a diploma in filmmaking from the University of Paris.

Earlier credits include a collaboration with Zaléa TV where she made a series of film portraits on the inhabitants Aubervilliers a French commune, documenting the poor housing conditions they lived in. 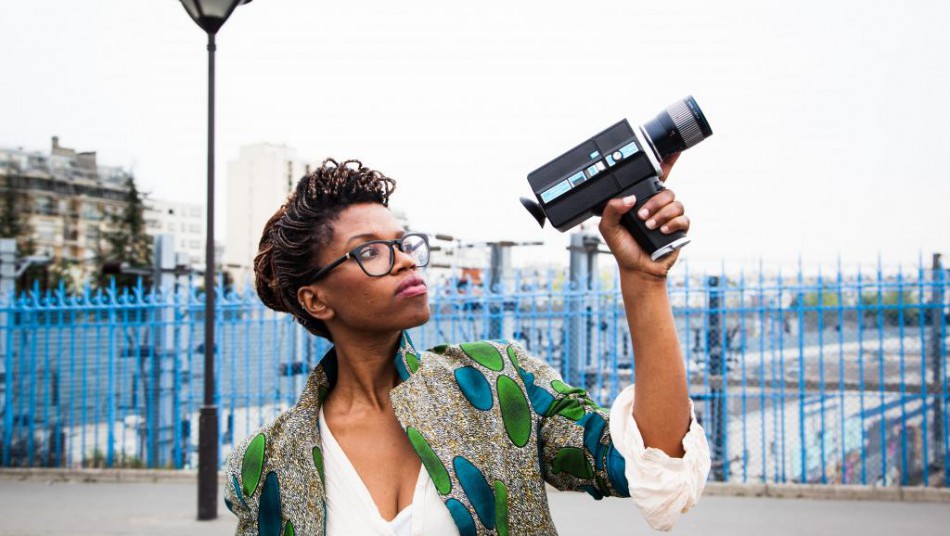 Her 2009 debut feature-length documentary film Boul Fallé, la Voie de la lutte was about the “revival of traditional wrestling in the suburbs of Dakar, looking at the sport’s influence in terms of recent social and political transformations in Senegal” revolving around the Senegalese Independence. Alt Africa caught up with Rama in Dakar between filming.

The Revolution Won’t be Televised, which started production in 2010 sees Thiaw sticking to her signature political and social Senegalese discourse this time telling the story of the rise of the apolitical group “Y’en a Marre” (We’re Fed Up”), led by rappers Thiat and Kilifeu, it follows the groups protest President Abdoulaye Wade’s continuous run for presidency. The documentary won the Fipresci Prize at the Berlin International Film Festival in 2016.

In the opening scene, Rapper Thiat says “I learnt to love and respect history”. Thiaw explains.

Taking the title from a poem by musician Gil Scott-Heron. Thiaw professes her admiration for the artist, who was an American soul and jazz poet, musician, and author, known primarily for his work as a spoken-word performer in the 1970s and 1980s, a recognized voice of Black protest.

“It’s a tribute to Scott-Heron who died in spring 2011, which coincides with our revolution. He’s in a way the Grandfather of Hip-hop, it is important to say he was the Grandfather of rap because he was doing it for words, which is not exactly true of Hip-hop, the first Hip-hop song was an entertainment song. The second wave of Hip-hop became political with Africa Bombaataa (Founder of Zulu Nation), KRS-One. Thiat and Kilifeu feel they make hardcore Hip-hop with consciousness. For them, that’s the real Hip-hop”

Heron was also a member of the Black Panthers before becoming an artist.

“He talks (Scott-Heron) about how the media in the U.S derided and categorized the Black activism movement. I found the same echo with what happened here. The media said that Black Panthers were violent, but they didn’t talk about the social issues that the black panthers were struggling with and their ideology.  In 2010, I chose to shoot during the election period of 2012. When I arrived, there were already many teams of journalists shooting down the ‘Y’en a Marre’ movement. It was so funny to see so many journalists over there, and to realize that no one had heard about our revolution in a proper way. They never showed the deep side of what was going on in Senegal’’.

After independence, democratic process across many African nations was eroded by military interventions in politics, further suspending the democratic process. Uprisings across Africa have been a call for political leaders to adapt democratic principles. Senegal was among 6 French colonies, having the strongest French presence. In 1960 Senegal became independent but to Thiaw there is still a long way to go.

“Unfortunately, I don’t think there is modern politics in Senegal. We’re still struggling against the Neo-colonialism from France and fighting against our own government that follows French policy and signs the economical agreement that has drowned our economy. They keep selling to the French firms and multinationals. We’re still fighting to have our own currency, because currently the French Treasury owns our currency ‘The Franc CFA’. 57 years after independence our currency is a French one, edited, controlled by the French. Technically it isn’t a real currency because we can’t buy it and sell it anywhere. Senegal is still building the French economy thanks to our raw material and our economy belonging to them”.

In Zimbabwe the demise of Mugabe does not convince Thiaw that change is afoot. “It’s the same system. The new president is an old friend and member of Mugabe’s government. We need a younger president with a different way of thinking. A new system”.

The younger system that Thiaw believes could bring change may be some way of as so many young people from Senegal “are taking some boat to cross the Atlantic and join Europe”.

The outspoken Director/Screenwriter shared her views on feminism when asked about the recent #Metoo and #Timesup movements she states.

“I would like to give an example that I often use: Joseph L. Mankiewicz, who is one of the most respected directors in Hollywood, spent all his life filming women. Nobody ever asked him why he made this choice. So, why, as women, should we only film women? Why, as Africans, should we only film Africans? When I said that we need to structure feminism, it is because there is no universal concept. We live in a world of standardization. We think that all our fights are uniform and homogeneous. People think that you can just adapt the struggles against some of the issues that people are experiencing in Western society, to another place on earth. But, it doesn’t work, and it just won’t work! When we do that, we forget about the cultural aspect of the problem.

What it means to be a feminine woman completely depends on culture. To be feminine in Europe is absolutely not the same as being feminine in Senegal. Here, we have a traditional matriarchal system, not patriarchal so we are facing other definitions of what it is to be a woman. To be feminine, a woman must know how to fight with their own fists. Even if you are married you’re keeping your family name etc. That’s is not part of the feminine definition in Europe where women must be sweet and gentle in a way to be considered as feminine. So, we are not talking about the same concept of feminine. We just can’t bring this Western version of feminism to every place around the globe.

Our struggles are not the same because our situation and our culture is different. That is why we have to structure our feminism. In my opinion, the real feminism is above all humanism. It is us, women, who are educating men all around the world. The first thing that we have to do is to educate women, to make them able to educate men properly. If we want men to change, we have to educate them differently. But also to teach the history to white women so they won’t repeat  White Supremacism.

Above all I feel like a human being. It defines me more than my gender, my sexuality or whatever. I think that humanity will go forward the day that each of us is seen for his human kind, not his gender, not his skin’s color, not his territory. We need to face that dark part of our common history. With the rise of the West, Slavery, Capitalism, a race scale was invented by Europeans, and in this scale White women were before the Black man, the Asian man, the American man, and we Black woman, Asian and American were below all these men”.

The Revolution Won’t Be Televised will be screened at the Battersea Arts Centre on Friday 2nd Feb at 8pm. Tickets: Free

Book here in advance.  Read the full article in the April 2018 magazine.