Boom for Real! Save the date Basquiat has arrived at Barbican Centre London

In the early morning of Monday 14th August, roads in the Sierra Leone capital of Freetown turned into rivers and houses were washed away after a heavy night of rain caused chaos. Hundreds of people were buried alive in a mudslide that swept through some of the poorest communities in Freetown. The mudslides have been described as the worst natural disaster to strike Sierra Leone, a country that has already suffered from a decade of civil war and an Ebola outbreak that took the lives of over 8,000 people.

UK charity Street Child was one of the first charities to react to the crisis, launching an emergency flood relief appeal. Street Child’s local team on the ground were out in the communities, providing emergency food and clean water on the Tuesday to victims, many of who had not eaten or drunk anything since mudslides and flooding hit the day before. Over one week on and Street Child have distributed more than 12,400 emergency food packages and provided over 2,400 people with clothing, after they lost everything in the disaster. Longer term, Street Child will focus on helping families to rebuild their lives and children to return to school.

Over 500 people died from the flooding and mudslides that left over 6,500 people homeless with simply nothing, including over 2,500 children. Children like 8-year-old Ibrahim who was pulled out of the wreckage by his neighbour. He lived with his parents in the Sugar Loaf community in Freetown but sadly; rescuers have been unable to find his parents.

Street Child’s Head of Africa Programmes, Megan Lees-McCowan explains: “In typical resilient fashion, Sierra Leone’s survivors are looking to the future. School starts back up in a couple of weeks, and it’s one of the first things on people’s minds. How will school fees be paid, children are asking, who will provide books and uniform that were lost. Others are casting further ahead, wanting to get their livelihoods back up and running.”

Street Child has been working in Sierra Leone since 2008, supporting children to go to school and empowering families to setup businesses so they can afford the costs of educating their children. 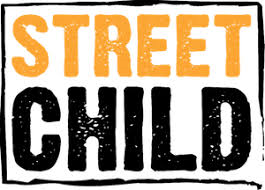