Described by The New York Times as “the most multicultural festival in the US,” AFROPUNK has expanded beyond Brooklyn, offering dates in Paris, London, Atlanta and Johannesburg. AFROPUNK LONDON promises an eclectic line-up and an audience as diverse as the acts they come to see. Join us to add your voice to the sound behind the movement. And most importantly, come ready to party.

Willow Smith is a songwriter, fashion icon and talented actress…and she’s only 16 years old. Willow has been featured on many covers including Interview Magazine, Teen Vogue, W Magazine, and I-D Magazine, among others. In 2014, she was featured in the July Issue of Vanity Fair where she posed for “Hollywood’s Next Wave” Issue. Willow has been acknowledged for leaving her mark in Hollywood.

Smith is currently the ambassador for Chanel. She has also collaborated with Stance Socks to create her own line of signature socks and was seen in the company’s campaign titled “Miss Dazey.”

Willow has also joined her mother in her advocacy to end human trafficking in the United States. Willow brought the issue to her mother attention in March of 2012 after doing research online. Since then she has attended Sen. John Kerry’s congressional hearing on human trafficking in 2012 and the launch of the first Bi-Partisan Senate Caucus to combat human trafficking. Willow continues to raise awareness through the organization Don’t Sell Bodies, founded by her mother, Jada.

Fresh from releasing her new EP, Never Change, Midlands teen Mahalia is one of this year’s most exciting new propositions. A storyteller at heart, Mahalia’s unassuming song writing manages to express an instinctively innocent gift for melody with a mature complexity in composition and a natural affinity for imaginative narratives. This is subtle and delicate music emboldened by exultant choruses and a vocal that is both sparingly sweet and refreshingly raw. There is nothing forced about Mahalia’s music and it is testament to her innate talent that she has been championed by Ed Sheeran and Rudimental, while enlisting esteemed producers including Supa Dups (Rihanna, Bruno Mars), 1985 (Drake, Nicki Minaj) and Steve Fitzmaurice (Sam Smith) for her forthcoming EP and debut album. 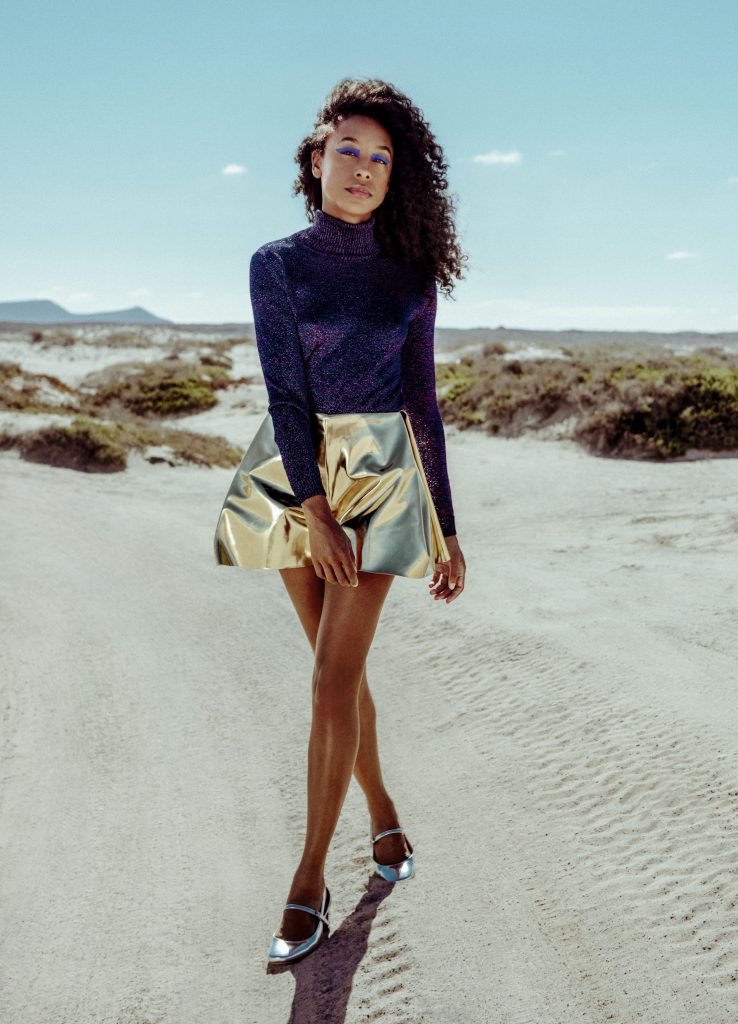 Our girl from Leeds, England, Corinne Bailey Rae released her self-titled debut album in 2006, debuting at #1 in the UK and #4 in the USA, featuring the global hits “Put Your Records On “and “Like A Star”. With over 5 million albums sold, Bailey Rae has been awarded 2 GRAMMYs including Best R&B Performance and multiple GRAMMY, BRIT, MOBO, BET nominations (amongst others).

Bailey Rae returned in 2016 with her third studio album, The Heart Speaks in Whispers (debuted No. 3 on Billboard’s R&B chart), featuring “Green Aphrodisiac” which Billboard critics named one of the 10 Best R&B Songs of 2016.

The album has received critical acclaim worldwide with NPR naming it “one of their favourite 30 albums of the year so far” and The Guardian “one of the best R&B of 2016”. The Huffington Post included “Stop Where You Are” in their Top Songs of 2016.

Described as the “Bewitching Queen of British Soul”, Bailey Rae has stunned audiences worldwide in 2016 performing in the UK, Europe, USA and Asia including as special guest for Stevie Wonder at his Hyde Park BST , London concert for a crowd of 100,000.

Bailey Rae was selected by NASA for the historic DESTINATION: JUPITER campaign; represented Europe for the International Olympic Committee’s PSA; and performed at the Smokey Robinson: The Library of Congress Gershwin Prize Ceremony (airing on PBS February 10).

It was the 4th quarter of 2015 when the 23 year old,  UK rap starlet, Nadia Rose dropped her 2nd underground viral hit ‘D.F.W.T‘ after already having had a first with the track ‘Station‘. The single that’s been heard on every UK based urban radio station across the nation was shortly followed by Nadia’s third track ‘BOOM‘, which has been a regular feature on BBC Radio 1’s “INMWT” (In Music We Trust) playlist.

Since then the records received rave reviews & regular airplay from popular DJ’s Semtex, Mista Jam & Annie Mac. The video regularly plays on popular music channels such as KISS. Since becoming Sony Music Group ‘s latest signee, (under the subsidiary Relentless Records), it’s that Nadia Rose is fast becoming a force to be reckoned with within the UK music scene.

With a string of sold-out live performances under her belt performing alongside acts such as Section Boyz, Anderson & Paak, major brand endorsements from Adidas, G-Star, Beats by Dre, DKNY and a co-sign from R&B Superstar Alicia Keys, Nadia is clearly raising the bar for female rappers in a scene typically dominated by men.

Opening for rap-legend Busta Rhymes, playing at every major UK music festival and event this year including 4 stages at Glastonbury, Main-Stage at Wireless, Love saves the day, Born & Bred, The Great Escape, Reading & Leeds festivals, Boomtown 2016 & making special appearances on BBC 1xtra with DJ semtex as well as featuring on the Toddla T produced viral hit remix “Big’n’Serious” alongside AJ Tracey & Coco, the title of that hit remix clearly states the impact Nadia is currently having in the urban UK scene. She’s in high demand.

Back in the studio and working on her forthcoming EP, the future is bright for Nadia Rose & the UK rap scene, and she’s excited about the growth ‘I think it’s a great time and will continue to grow!’ 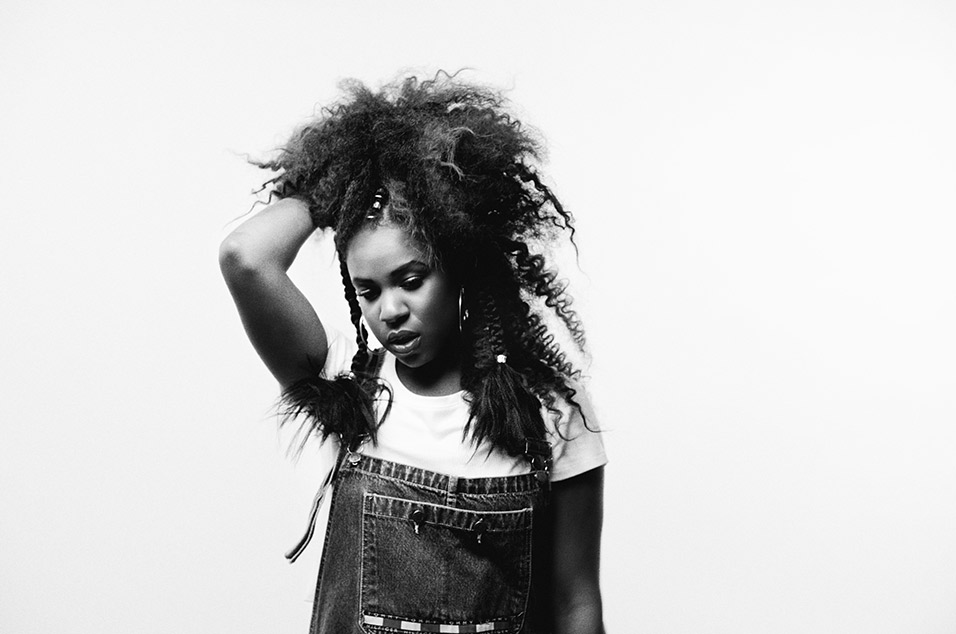 NAO’s debut album “For All We Know” was one of 2016’s stand out and defining records. Her emergence as one of the most adored new singers of the year has been as fluid and elegant as one of her vocal phrases. Now she has delivered her highly anticipated debut “For All We Know”, a transcendent set of 18 songs. Woozy, spacey funk, shot through with her effortless breath-taking toplines, part neo-soul, part UK bass, part funk rock – all at a sensual, stepping R&B pace.

NAO starting writing songs in her mid-twenties after a few years teaching school kids to sing and doing backing vocal gigs for the likes of Pulp and Kwabs. She took the brave step to put her song writing to the test in 2014 with her debut ‘February 15’ EP. By January 2016 she was placed third in the high-profile BBC Sound Poll. And she’s had an incredible year. She has played national TV show Later…with Jools Holland featured on the cover of The Guardian amongst many other achievements.

She grew up in South Woodford, East London, listening to gospel in her local Evangelical church, her brother’s jungle UK Garage, her sister’s 90s and 00s R&B, going on study at the prestigious Guildhall School of Music and Drama. When she took the brave step to put her own songs down – inspired by Little Dragon – the ideas flowed. On the debut EP, a track called ‘So Good’ made with A.K. Paul soon whizzed around the world, accumulating millions of plays on Soundcloud. “For All We Know” is the record of a one-of-a-kind artist destined for greatness. A record you can dip your head into for a 360-degree spectrum of kaleidoscopic digi-funk”

Interview with The Brother Moves On Siyabonga Mthembu on new studio album Entitled “$/He Who Feeds You…Owns You,” out today 28th Oct ’22

Philharmonia Orchestra announces Love Ssega as their next Artist in Residence