Aml Ameen plays D in Idris Elba’s new film Yardie. The film is an adaptation of the 1992 cult novel by Jamaican-born British writer Victor Headley. For Ameen it a long way from his first acting role in the 2004 Bella and the Boys, in which he played the character Terry. Since then he has had notable parts landing his second role in an episode of Holby City.

Starring in the British youth-centred film Kidulthood as the central character Trife had first brought him to the attention of Elba.

Ameen recalls. “I have known Idris since 2006 before The Wire (HBO) had popped of, I met him through a mutual friend. He had seen Kidulthood, but I did not see him again for another 10  years. He said he had seen The Maze Runner and that I was “wicked” in it”.

It is not difficult to see why he was cast in Yardie, as Aml manages to capture all of D’s nuances, his rage, his vulnerability and what Aml calls the “trauma that drives the character”.  He states  …… “I think what everyone can relate to D, what I relate to is his trauma. A trauma that can define us and you must decide at any given time who you are going to be. To the point where things become black and white about which path to take, be it the moral high ground or to give in to the pain of the past and let it define me and my future that is where I relate, I think we can all relate to that”.

And the credits since Kidulthood have been impressive but not limited to The Bill as Lewis Hardy, 2008 BBC Three teen drama Dis/Connected, playing Anthony, Ameen featured in a film on Channel 4 called Fallout, part of their Disarming Britain mini-season, described by London Lite paper “as his most memorable performance”.

He performed at Tricycle Theatre on the Not Black and White season in October 2009. His performance was noted by Time Out London describing it as “exceptionally charismatic Aml Ameen the freshest, most inspiring voice in the play”.

Hollywood came calling in 2012 with a part in George Lucas’s Red Tails (2012), about the African American Tuskegee airman in World War II. 2013. Following with The Butler, playing Young Cecil he was cast alongside Oprah and Whitaker.

In 2014 he played Trey in Beyond the Lights and Alby in the  film adaptation of the young adult, science-fiction, dystopian novel, The Maze Runner. 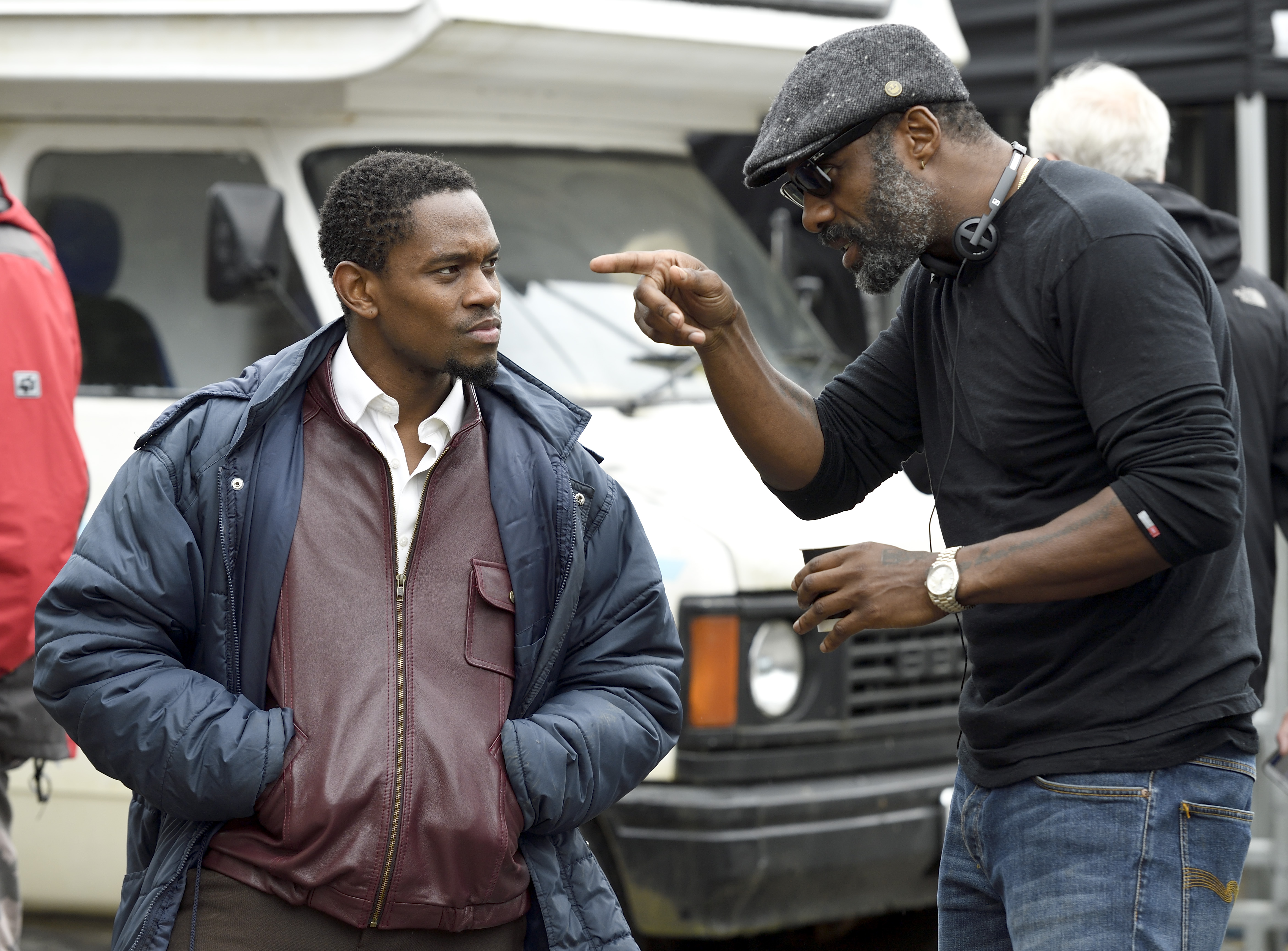 Yardie was shoot in Jamaica and London, which for the actor who has Jamaica roots  “was special, interesting and special, my grandmother came here in the late 60s and Jamaica was somewhere I knew through my grandparents we just used to go to their house in the country. But when filming I got to know Jamaica, the heart and soul of it and we got to create this beautiful world that reflects the Jamaica that you would know when you go there. When you go to Jamaica you will see this is a spiritual place, this is the birthplace of Garvey and Marley. Garvey is the god-father of the Pan-African movement and Marley who popularised reggae and unified people. Jamaica is such a powerful island and I felt that, and I felt connected to that in a way that I had never felt before”.

Ameen took some time from his extremely busy schedule to talk to us.

Landing the role: How do did you get the role?

(He cont.) “I saw him (Idris) again in 2015 when I was travelling from London to Los Angeles for an event. He was getting on the same plane as me but before he got on the plane I saw him in the lift and said he had seen The Maze Runner and that I was “wicked” in it.  He mentioned he was working on his directorial debut and asked if I knew the book Yardie, he said he wanted to send the script to my agent. I was like forget that, I would read it right now, as we were sitting next to each other on the plane. The answer was already yes because I love Idris and he is a hero to so many of us. And I was excited about the opportunity, we spoke about it on the plane and he said OK shall we do it and I was like yeah, yeah. So we took a photo to commemorate the moment and the rest is history. What is funny about that story is how, kind of serendipity, on the back of the original book you have Yardie is the British Scarface and two rows in front of us was Al Pacino. That was one of those weird moments”.

The character: How did you prepare for the role?

The preparation for the role, was me going to Jamaica for 2 months, so January 2017 I went to live in Jamaica and I went to study with Sly & Robbie and my aunty took me around and I meet the Marley’s. To really get an insight into what Jamaica people and culture was like at a particular time. I did a lot of that and Idris and I decided that we really wanted to take the method approach, with me as an actor in this movie and so that meant when I came onto set and when I started the process of the movie no one meet me as Aml, I was D (Dennis), so from an accent perspective and also from a mental perspective I started to ignite the memories of D into my own memories.

So, what that would look like is in the apartment in London I had all the images around of D’s life. And Shantol when she got the part for Yvonne was in Jamaica at the time, firstly I sent her a brunch  of flowers and secondly, I asked her if she would allow me to start writing her letters as D. And she would write letters back to me as Yvonne. And because she was in Jamaica at the time and I was in London at the time it was really an interesting process of cultivating a life together our memories as those people and for that period time, the relationship felt quite real. So much so that when she came to England it was also very real it was almost as if we had built this mental world together and then the daughter came into the picture so that was some of things that I did to really put myself in the mindset of D.

The Love Story: Do you think it was important for Yardie to have the strong love story we see on the screen between Yvonne and D?

Absolutely it is reflective of a reality that black women specifically are the cornerstone of most our lives, whether we are talking historically or pragmatically.  Black women lift black boys and black men with their strength and empathy. I say black women because of the circumstances of the time, we are in late 70’s, early 80’s dealing with all kinds of stuff and the black woman is the cornerstone of that relationship and mothering him to a certain degree and I think it is a beautiful thing to see. I am a big fan of love and big fan of telling our realities as any kind of human being but in this moment in time I have been born black. So, depicting our reality as much as we can. And what Idris has crafted beautifully is that Yardie is essentially a love story, whichever way you look at it, it a love story between Yvonne and D and how they figure out their relationship. And how she tries to quell his trauma, first with religion then she must come with love and empathy. Then is it a love story between the brothers, a love lost story. It is not a vengeance tale, for most people if they had a brother who was on the right side of good who was murdered that would create trauma and anger, you go through all these variations of emotions, to get to….. especially as there is a mystery behind it as to who the killer is. So, I feel that it is a love story , from Idris and all of us a love letter to black British culture of the 80’s and specifically the Caribbean influence on London at that time which is instrumental to the London we see today”.

Yardie opens in UK cinemas from 31st August 2018 read our review here. Get to see the movie before everyone else. Idris Elba the Director of Yardie will be doing a live satellite Q&A on the 23rd at special preview screenings tickets here